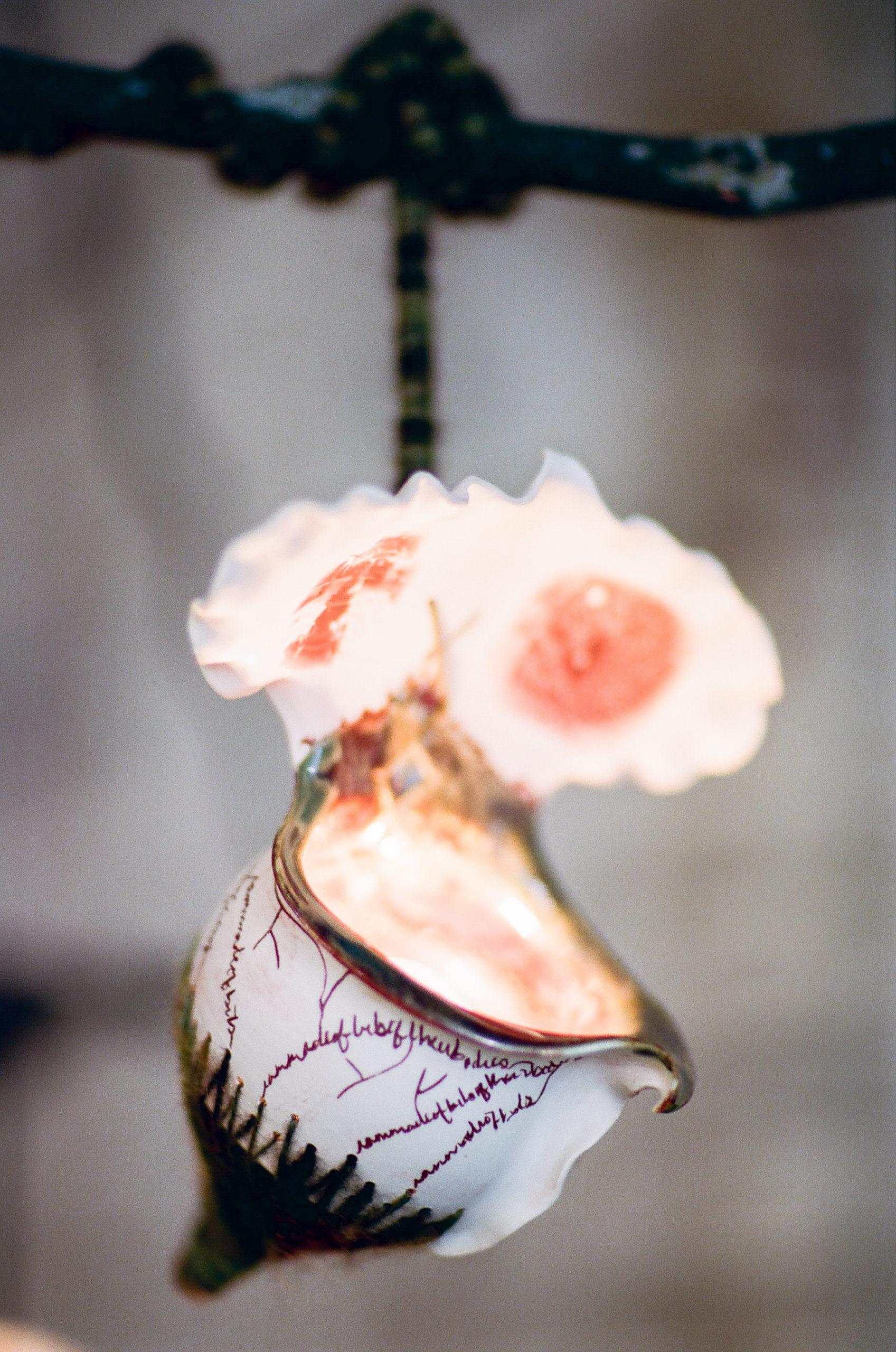 The Witch Doctor’s Chapel was created by artist Sara Bowen to reconcile and honor complicated feelings about her late mother and the traumas of her Southern childhood. It’s a space for healing, holding conflicting truths in one space, and ultimately celebrating resilience and broken parts. She began this installation with the goal of creating a magical space in the vein of the medieval chapels she studied as an art history student. As she mixed materials like silk and porcelain with light, the feeling persisted that she needed something more to create the magic she was seeking. Meanwhile, Bowen was writing poems to process her childhood, grief, and difficult relationship with her mother, and along the way the poems and installation merged.

Sara Bowen is a potter from South Alabama, creating functional pots inspired by her natural surroundings, favorite flora, and the feminine form. Her ceramic installation and gallery work focuses on creating other-worldly spaces, often featuring light, fiber, and poetry. Bowen’s recent installation, “The Witch Doctor’s Chapel,” debuted along with her first book of poetry, “The Witch Doctor’s Hymnal,” both of which focus on healing and reconciling uncomfortable truths and childhood trauma. Find her work and see her process online at www.sarabowenpottery.com and on Instagram and Facebook (@sarabowenpottery).

We called Momma the Witch Doctor

and joked that she was crazy, with her apple cidah vinegah,

I grew up hearing,

“In the south, we keep our crazy out on the front porch.”

Now I realize that was because crazy wasn’t allowed inside.

I grew up assuming the jokes about crazy were

but Momma had a lot of crazy she didn’t talk about.

because despite the fun kinda crazy she played and put on,

she saw herself as a proper southern lady,

who kept the real crazy inside,

like a splinter stuck way deep under thick calloused skin. She

needed her icthymol to help draw it back out,

that old-timey, tar-like salve she was always so quick to slather

over anything that oozed, infected.

It’s a little late for ichthymol now, but,

I built us a chapel of potions and poisons, salves and psalms,

as a reminder that the crazy does belong out front,

but not as a joke.

It sits enshrined as a genuine attempt at healing,

as a reminder to everyone: 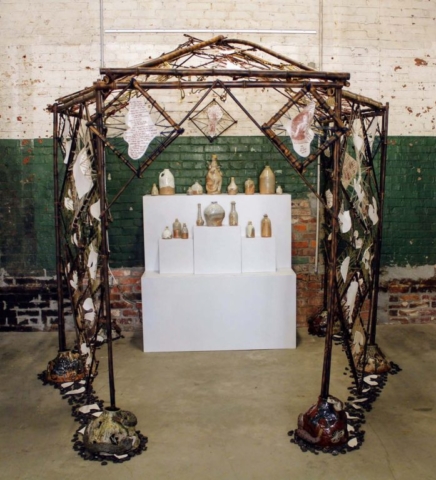 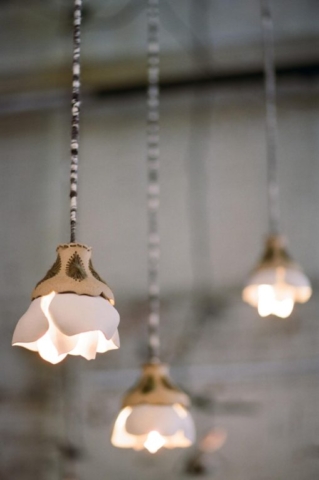 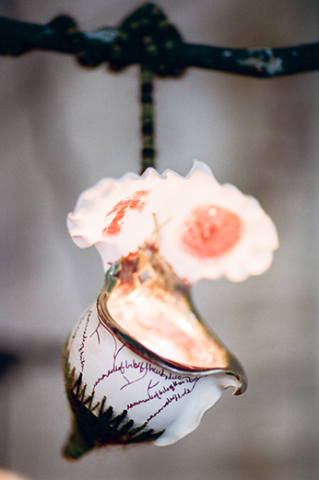 Featured Above: Photos courtesy of the artist