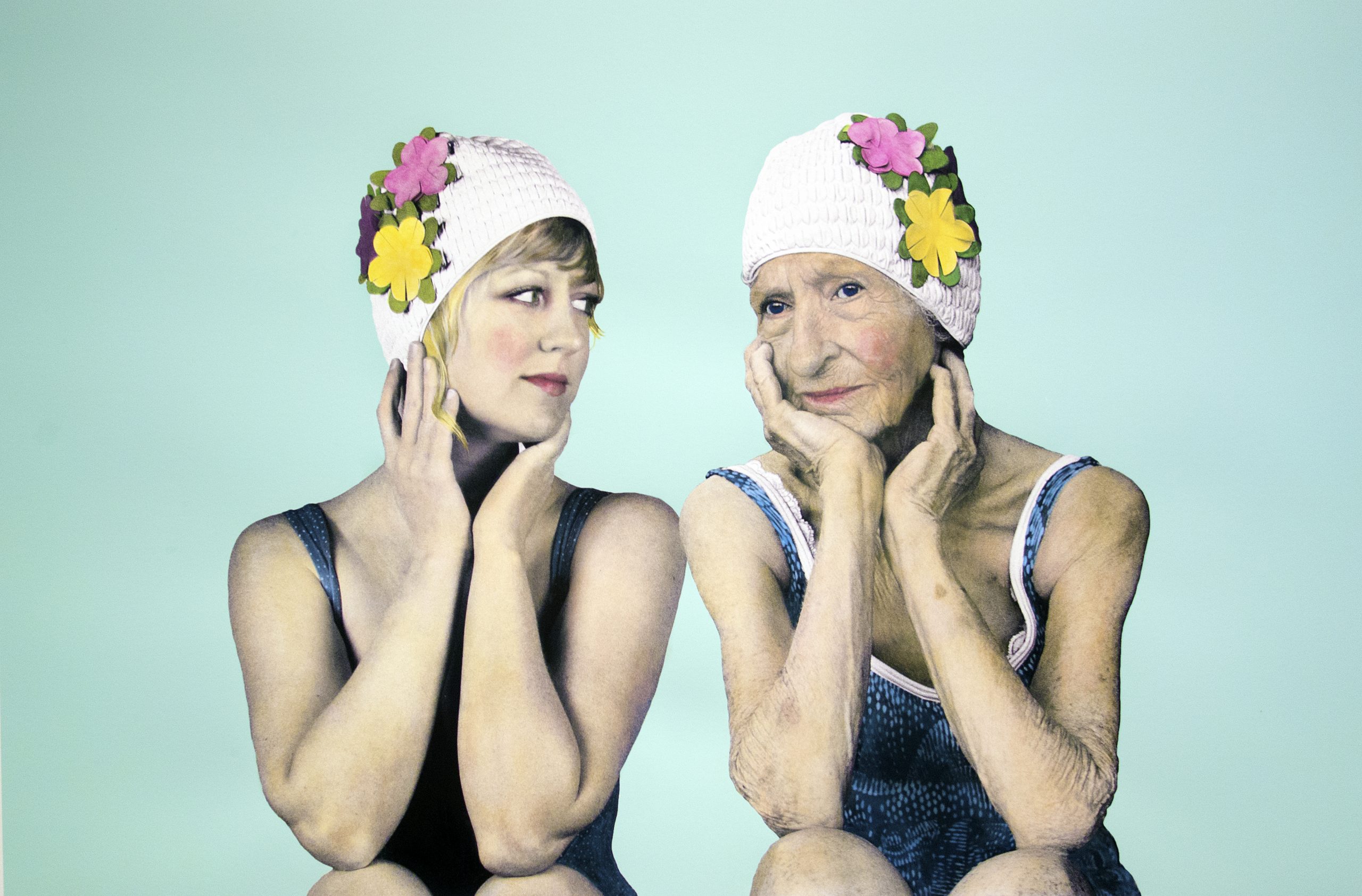 My grandmother was in her mid-sixties when she learned to swim. Her lessons began the day she had an in-ground pool installed in her back yard. It was then that my grandmother, my sisters, and I began our love affair with water. Her pool became our most frequented place of play. Holding our breath, stepping into the water, we slipped into our imaginations.

Synchronized Swimmers is a multimedia, photographic stage that juxtaposes the still against the moving, 2D with 3D, in an attempt to create a phantasmagoric stage for a highly costumed, multimedia performance to unfold. Relying on research and imagery from the Gulf Coast of Florida, including the Weeki Wachee Springs Mermaid Show, Synchronized Swimmers will source untrained performers from the hosting communities to embody the photographic space. Fog, animated lighting, and sound lure the viewer deeper inside the story towards a willing suspension of disbelief.

By incorporating forms of installation, performance, storytelling, folklore and regional cultural studies with a strong focus on the American South, my work overlaps the past with the present, and collapses the fourth wall established in the still image. I am interested in “reversing the camera’s crop” by enlisting community participation. Through this cooperative creative space-making, the audience and performer are one and the same. Participants are invited to step inside the photograph, inside the story, creating the latent image of a sensory experience that lives on in the mind of the viewer.

Synchronized Swimmers relies on generative research and will grow over the next two years as it travels across the southeastern United States. This evolving project will produce a series of large-format photographs and a short film for future exhibition.

Jenny Fine (b. 1981, Enterprise, AL) is a visual artist and professor currently living and working in Alabama. Rooted in the photographic form, Fine’s practice employs time as material in an exploration of both personal and cultural memory, identity, and our shifting relationship to the photograph in our digital, image-saturated age. Fine has shown her work in solo exhibitions at Geh8, Dresden, Germany (2012), Dublin Arts Council, Dublin, Ohio (2014); The Sculpture Center, Cleveland, Ohio (2015), Children’s Museum of the Arts, New York, New York (2015); Wiregrass Museum of Art, Dothan, Alabama (2015); and Stephen Smith Fine Art, Fairfield, AL (2016).

<< Previous Exhibition
Next Exhibition >>
This exhibition has been made possible by grants from the Alabama State Council on the Arts and the National Endowment for the Arts.