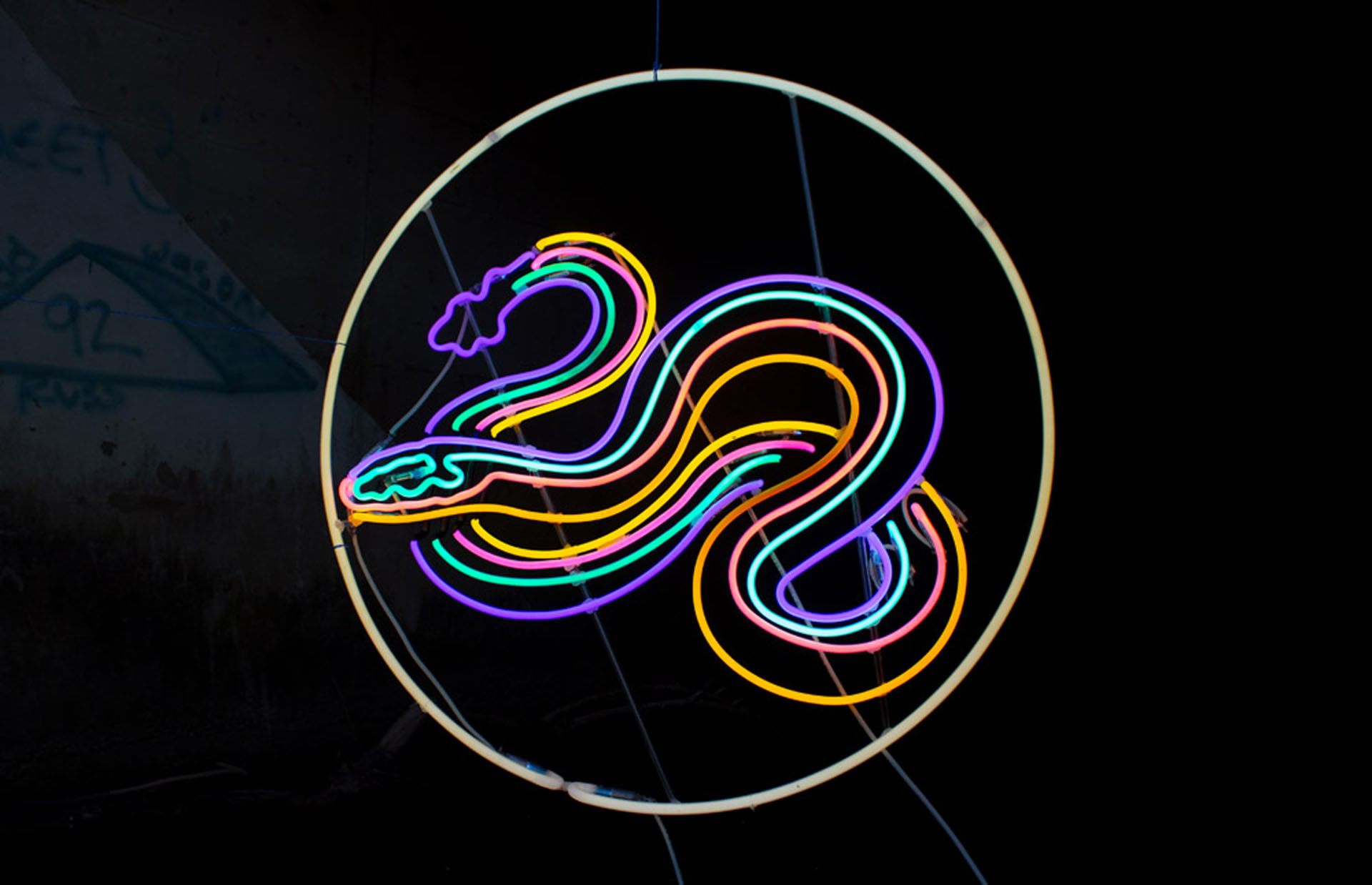 Above Image: Lily Reeves, from her series Spirit Kin, Image courtesy the artist

WMA artist-in-residence Lily Reeves was to have launched her new project Spirit Kin in the Wiregrass this spring. Due to the museum’s temporary closure and travel restrictions, the residency became a virtual one, and Reeves presented her work during an artist takeover of WMA’s Instagram account May 16-17. Get to know more about this Alabama artist and the virtual residency in the interview below.

Q: How did Spirit Kin come about? What inspired the project?

A: I was doing a lot of reading on the Anthropocene, researching the emotional and spiritual effect it has on humans, because I am interested in the nuanced ways that living removed from nature can negatively affect us. We see the results of this kind of modern lifestyle, living inside, buying food from the store instead of growing it, even wearing shoes and never letting your feet touch the earth, play out in this really destructive attitude most people have towards the world, which is, if it doesn’t immediately affect me, then I don’t care. And even though when you eat a bag of potato chips or crackers, you are contributing to a global system of consumption wherein you are inadvertently creating an impact on a slice of rainforest somewhere in the Amazon, because a lot of preservatives have canola oil in them and canola oil is a leading cause for rainforest deforestation, the modern person won’t ever give up preserved foods to counterbalance this act of violence, whether or not they realize it is an act of violence. Most people will never understand how violent eating potato chips is, but that’s because popular culture still pushes the idea that meat is the only source of protein or whatever.

So I was doing all of this reading, and I came across an author whose name is Donna Harraway. One of her essays was in this really great book I was reading called ‘Arts of Living on a Damaged Planet’ which was an anthology of essays I thought was going to be about art but ended up being a collection of tools for how to move forward and cope with living on a dying planet. This book really changed me, it was one of those books that after I read it, all of the sudden nothing was the same. I highly recommend it to anyone who can digest heavy theory and academic jargon.

So Donna Harraway’s essay was called ‘Symbiogenisis, Sympoiesis, and Art Science Activisms for Staying with the Trouble’. It was really mindblowing, and I decided to order two more of her books, because I love the way she writes. She kind of makes up words and throws out crazy sounding ideas but it’s the kind of writing we need to fabricate these new realities, because the current one is obviously so damaging to the planet. She talks about a need for new stories, to create new futures, in which animals and humans live co-dependently. I thought this was a really beautiful idea, and the idea of Spirit Kin came to me, and I began thinking how I could make up stories of animals who appear to people in the same way that we used to receive biblical messages or messages from the heavens. I could go on and on about how western religion, with the exception of indegenous spiritual practices, contributes to this idea that the world is lesser than, but mostly what interests me is changing the narrative that we are the image of the divine. I think that is totally wrong, in like, the worst way. Every image of divinity in western religion is always in the shape of a human or has human attributes. So to me, spirit kin changes that. It says no, actually, everything and anything is divine, but most importantly, you are not the only thing that is important or exists. We need to realize this because if we don’t, we will destroy the ecosystem to the point that we destroy ourselves. These relationships in our life are so dependent on other living things (what Harraway calls sympiosis), and a great example of this is honeybees. Honeybees are the world’s greatest pollinator. If we keep using pesticides that kill bees, the bees die, and then the plants don’t get pollinated, and now here we are with no vegetables or flowers left. We starve. It is these relationships that I am trying to build with Spirit Kin. The intra-species relationships, of which there are hundreds of thousands, that we do not even consider, between ourselves and wild species, but also between different species in the wild.

Q: Is that what inspires your work, in general?

A: I am inspired by so many things. Living and growing up in the south is definitely the biggest inspiration and the foundation of my work, and I use a lot of themes like southern gothicism and magical realism which always steep through in some aspect. I’m also really interested in comparative religion, the occult, mysticism, and systems of belief. It’s how our world is structured, and I am continually fascinated by how what people believe dictates how they live, from an individual to a national level.

I think too I am always looking at other artists for inspiration. I draw a lot from Light and Space artists, Folk artists and Performance artists, so there’s often a crossover between my work and the lineage of artists I feel connected to.

Q: How did you begin working with neon and light? What is it about the medium that you like the most?

A: I started working with neon light as a sophmore in college. I learned in a creative environment, so I had a really different experience than someone learning in a sign shop which is how 90% of people working with neon today learn. I love the medium because it has an inherent energetic quality to it, and this aliveness that I could not get out of other mediums of sculpture. The nature of the medium works really well with the conceptual ideas I’m working with, which always revolve around light and energy. Also, it’s funny to me how people are drawn to it! It’s like bugs to light! We think we are so much better than a moth, but there are still these primal urges deep down that I think neon brings out in viewers.

Q: Tell us about your practice as a multidisciplinary artist. Don’t you incorporate performance into your work?

A: I do! I love performance! I consider myself a multidisciplinary artist because I am interested in lots of mediums, although I use neon the most. I create a lot of performance work, and to me this work is the most important aspect of my practice. I enjoy choreographing experiences for people, where the viewer becomes the performer, and I become the facilitator. My intention with this work is to utilize the theater of religion and specifically the theater of ritual to create transformative immersive experiences. When people participate, which is always on a volunteer basis, they participate in a set of actions which I have created. These actions are meaningful gestures which are intended to have some end result on my viewers. I read somewhere that doing is the best way of learning. Like, walk a mile in their shoes, or whatever. An example of one of my performances was my recent solo exhibition at Sloss Furnaces in Birmingham, AL. I wanted people to understand mass extinction through a symbolic act of a burial. I created a space that included a cast iron bathtub, a cast gold shovel, and a bunch of dirt, and people volunteered to get buried in these dyvex painters suits in the bathtub. So through being buried, which if you have never been buried I recommend it, people can sit underneath all of this earth and they can have this visceral understanding of the cycle of death, even if it is only highly symbolic, and when they climb out, rebirth.

Q: I believe this was your first virtual residency – for us too! – what was that experience like?

A: I loved it! I think my favorite part about the residency was, for lack or a better word, publishing some of my writing around the thought process and the conceptual side of the work. I like that people can see it, in this really accessible platform that is instagram, and read my writing alongside it. I think that that is something that maybe doesn’t happen when you do a normal residency or create something new. It’s nice to have these different little features to show different aspects of my process.

A: I have been reading a lot, and honestly taking time to slow down which I haven’t done in years. I think that the pandemic has created this sort of pause for everyone, and it has been really wholesome for people to bake more, to read more, to sleep more, to have time to do things they wouldn’t normally do. Aside from this residency, I have been doing a lot of applications and planning, and really just relishing in the relaxation of the moment. My student loans were furloughed because of the CARES act, so I haven’t been stressed out about bills in over a month, and I also, this may sound silly, but I’ve been really enjoying looking at the sky. Because nobody is flying, there are no airplane trails. Airplane trails have always bothered me, because I love the sky and I feel personally violated when I can’t enjoy the clouds because there are 15 airplane trails, and now, all of the sudden, the sky is empty of the plane trails. I think I want to photograph it before things pick back up again.

Q: What is the next phase of Spirit Kin? What do you hope is next for you?

A: I’m hoping to have this project travel!! Illustrating animals in Alabama doesn’t seem like enough for me. I really enjoy the portraits as objects as well, and I think that I want to continue this series to each region of the US and illustrate endangered / extinct animal portraits for the northwest, the southwest, the midwest, ect. I think for me, I’m just taking it one day at a time, and I’m hoping to apply for more public art opportunities this year. I really enjoy doing monumental sculpture, because the world needs more public art!

This exhibition has been made possible by the Alabama State Council on the Arts and the National Endowment for the Arts.