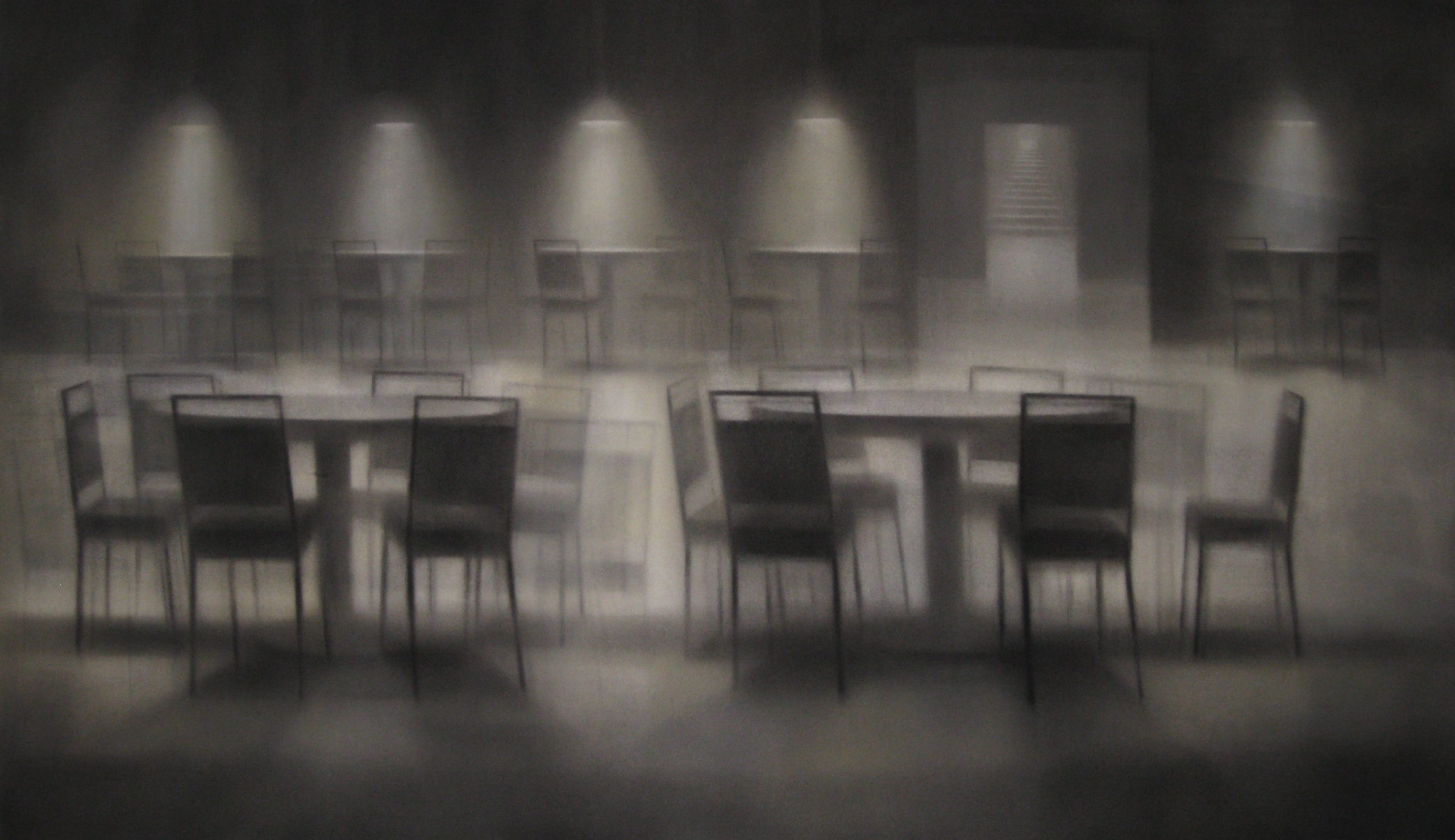 B20 Artist Interview with Maggie Evans 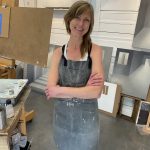 We’ll be sharing a series of interviews with B20 artists during the run of the exhibition, and our twelfth is from Savannah, Georgia-based artist, Maggie Evans.

Where do you find inspiration for your artistic practice?
I’m very intrigued with human behavior and interested in anything that delves into different aspects of human psychology including our collective psyche, crowd/mob mentalities, or individual ways of processing. I love traveling and the exhilaration of navigating a completely foreign culture. I find that language and cultural barriers allow me to detach from my own cultural beliefs and observe humans on a broad, universal level. I am always surprised and fascinated to discover intrinsic behaviors that remain consistent from culture to culture, regardless of geographic and social boundaries.

What draws you to the chair as a recurring motif?
The generic simplicity of the chair form I have developed allows me to use it as a broad, universal representation of a human. A more specific character would distract from the content of the work. I use the chairs to create narratives – I think I am drawn to them because they have some human-like qualities. They have legs and are directional with an obvious front and back. But their vagueness and uniformity keeps their role very broad, so we can view them simply as humans in general rather than specific individuals. This allows us to remove any ego from the narrative and ponder the scenario as a universal human experience rather than a specific story.
Do you think that technology (and its most popular channels in social media) increases our dual desires for individuality and belonging?
Actually, yes, I think social media has magnified these desires and moved them to a prominent place in our daily routine. Technology and social media has created a very intense way to present ourselves publicly and receive instant feedback from a potentially massive audience. The psychological effects of this virtual interaction is resulting in a progressively amplified need for public acknowledgement of one’s individuality, and I think it’s shining a spotlight on how ego-driven humans can be.
Are there any non-Western artists who take on this tension between the individual and the communal who have been influential to you?

I can’t think of any specific non-Western visual artists who have influenced these concepts in my work but the work of contemporary Chinese writer Ma Jian often deals with this tension and I would certainly cite his work as conceptually influential. Additionally, my experience living in China for two years initially inspired my contemplations on this tension. Observing the influence of western culture layered over years of communist practices on a daily basis was incredibly fascinating.

How does living and working in the South impact your work?

Living in the South is culturally very different from where I grew up in Utah. Even after living here for over 15 years, I still find myself experiencing and observing ways of thinking and approaching the world that are culturally very different from the western United States. Although comparatively more subtle, the experience is surprisingly similar to what I felt in China in that it encourages me to examine and question culturally-based assumptions and universal similarities.

Is there anything new you are working on that you’d like to share with us?
I’m getting deeper and deeper into this content and I am still very engaged and excited about my current series –in the last two months as I have had more time to focus during the pandemic, I have observed some small but significant transitions in my work. The skies that I often include in window views are getting more intensely blue in color in contrast to the grayness of the rooms, and the rooms themselves are lightening in value –overall, the paintings are feeling more hopeful. I’ve introduced staircases to some of the compositions as a different way to move through paintings. I’ve also found that I feel compelled to include two or more chairs in each piece rather than just one chair, focusing more on our need for human relationships rather than an exploration of solitude. 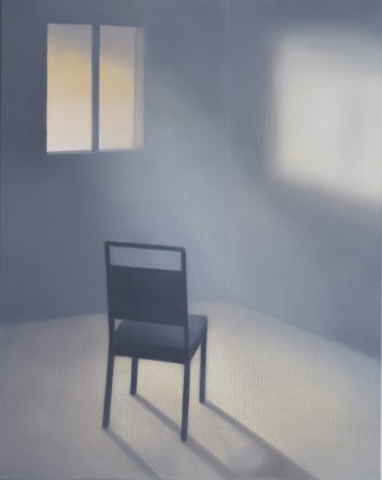 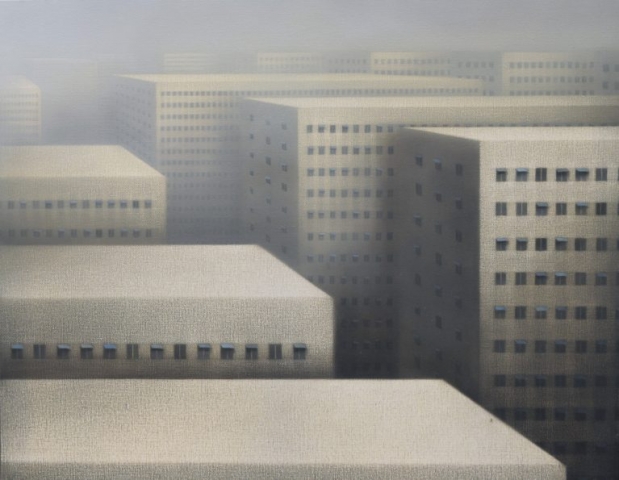 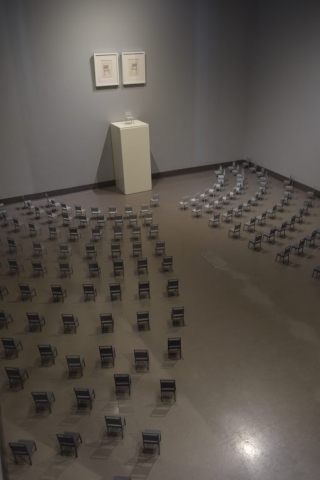 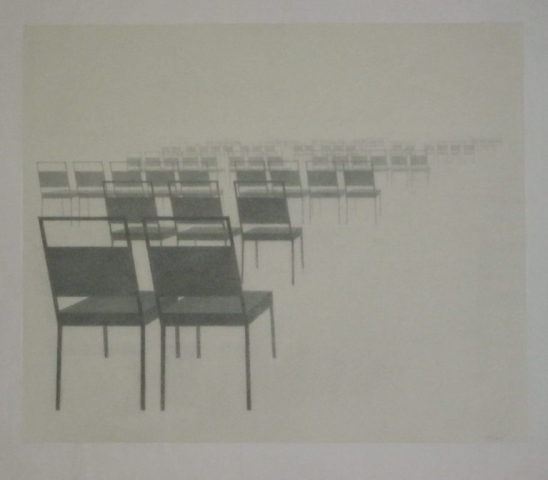