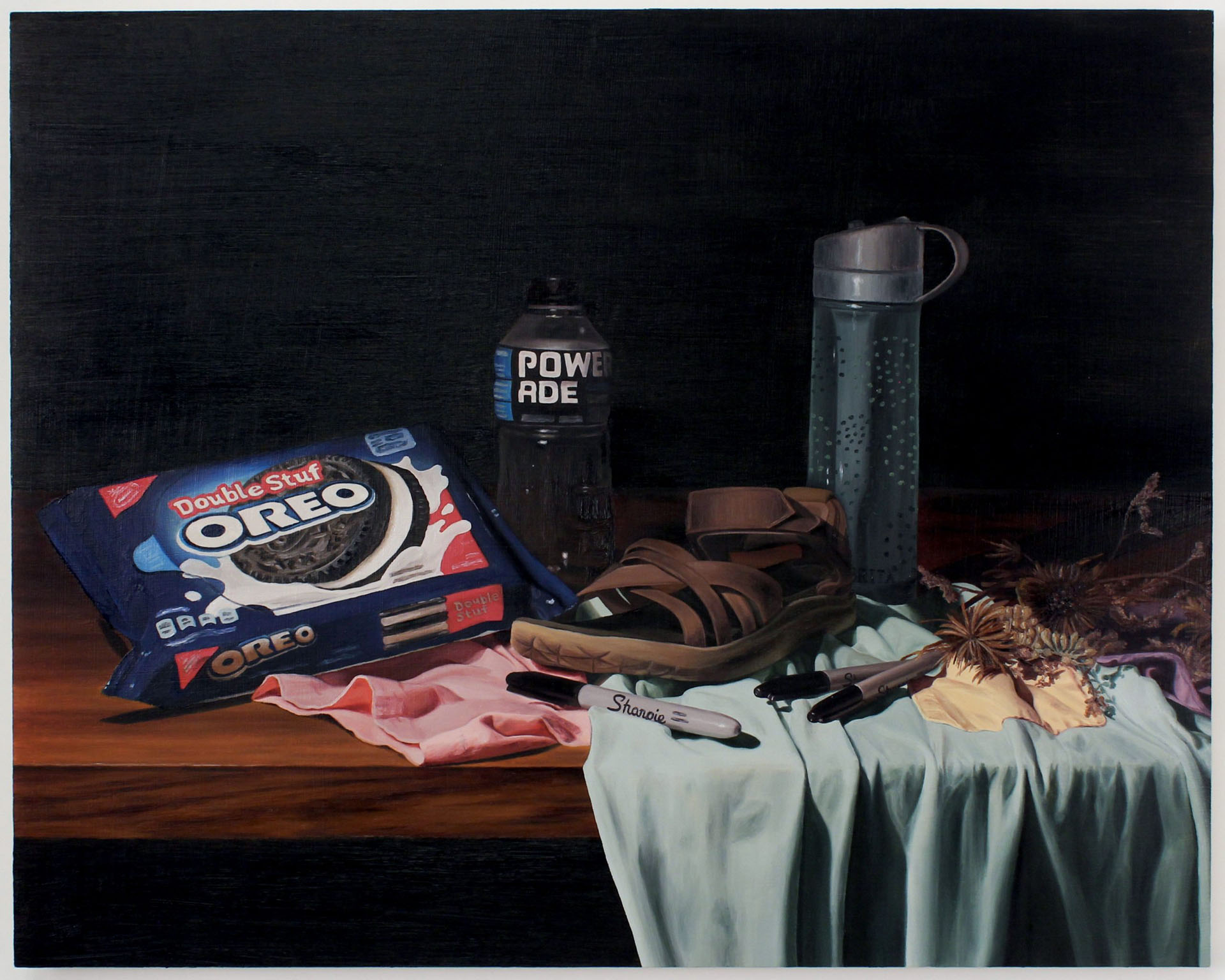 B20 Artist Interview with Victoria Sauer

We’ll be sharing a series of interviews with B20 artists during the run of the exhibition, and our second is from Chattanooga, Tennessee-based artist Victoria Sauer. 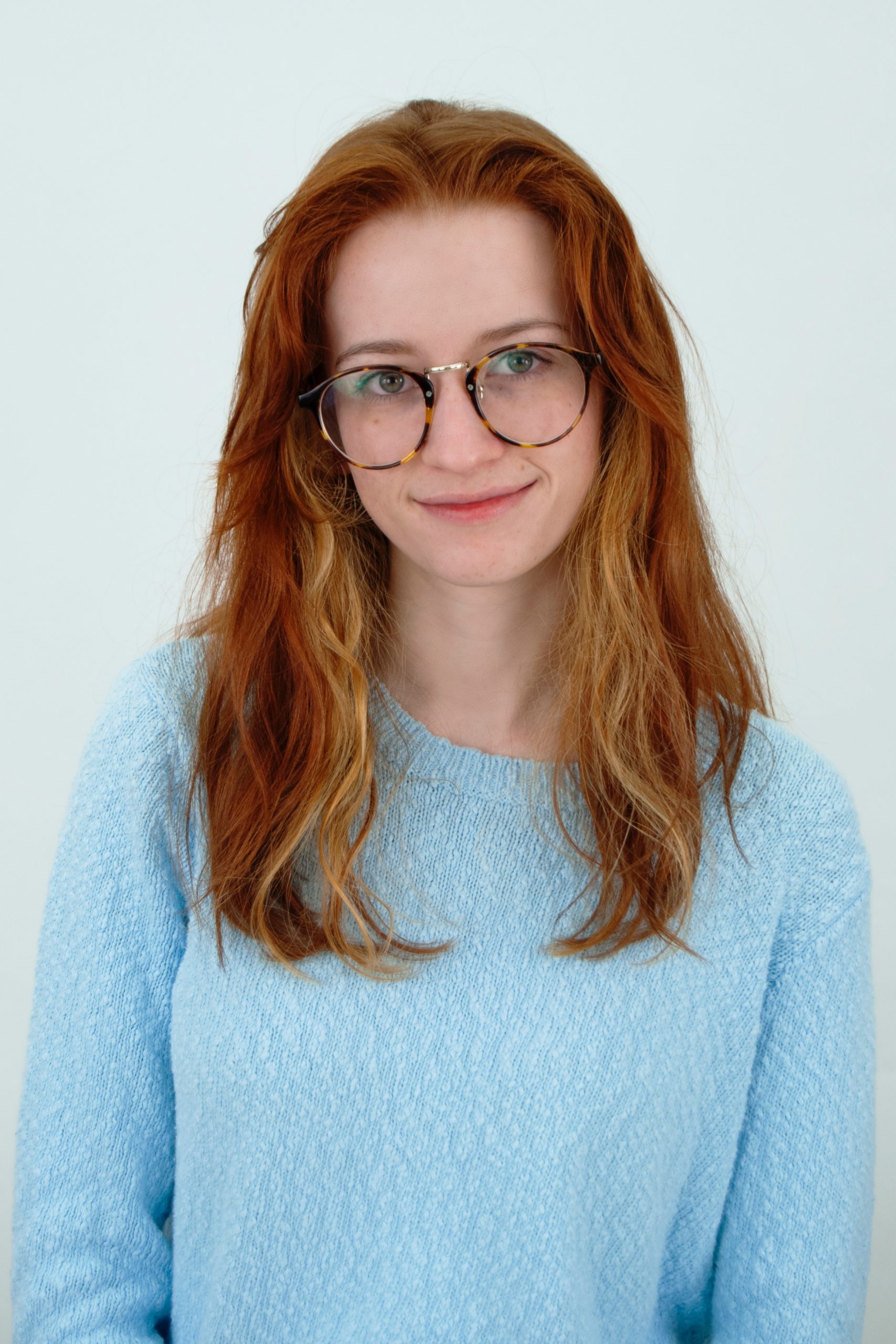 Where do you find inspiration for your artistic practice?
Subject-wise, I find most of my inspiration from within my surroundings, the things I see and the objects I interact with on a daily basis, as well as in some works, the content within my dreams. Internally, I think of my subjects as “problems” that need to be solved—objects, places, or ideas that just haven’t been considered enough yet, and the more I examine and ponder their existence, the closer I am to the answer. In terms of my physical studio practice, I actually gain a lot of motivation from watching and staying connected with other artists, whether it be in a shared space or especially now virtually with social media and online studio visits/artist talks.

Do you carry a camera with you most of the time to capture details of everyday life, to later translate into paintings, or do you plan to photograph subjects ahead of time?
I’ve always got my smartphone with me and definitely use it on occasion to quickly capture more fleeting or time-based sightings, for example, the way a window from outside is illuminated against the night sky at a certain hour. But I consider these to be super quick sketches of moments that caught my eye that I wish to revisit later when the time is right. Most of the time my subjects are things I have seen in passing, or even passed 100 times, and they just don’t feel resolved until I go back with my camera and compose it just the way I want into one or several versions of a mockup to later be painted—in most cases, these photographs are planned in some way.

Are there any religious/cultural texts that inform your ideas about the relationship between waking and sleeping (dream) states?
Dreams are interpreted and appreciated in different manners around the world. If we consider the U.S. the western side of the world, we place little importance on dreams except for maybe the Christian religion historically associating dreams with prophecies—the closest relation here to modern dream research is that dreams may act as buffers in anticipation of what could happen, and helps prepare the mind by experiencing the emotions of a dream event before the actual event (for example, dreaming of someone’s death prematurely). The eastern hemisphere overall tends to place more important emphasis on dream recall and interpretation. One excerpt that stuck with me from Rosalind Cartwright’s Night Life was an account of the Senoi in Malaysia. They are an indigenous people of the Malay Peninsula who teach their children from a young age to share their dreams at breakfast each morning and seek advice from their father figure on what the dream means and how to address it to correct any subconscious emotional disturbance (for example, if you dream your friend is mad at you, give them a gift that day). As a result, it is said the Senoi live a very democratic and peaceful life, free of the usual social problems of war, crime, jails, military, and even neurosis. They believe if internal conflict is analyzed and resolved in the dreams of children, their dreams take on a more creative purpose as they grow older, and they awaken with new songs and new dances to share.

What classical artists have most influenced your work?
I feel like I’ve taken a bit of influence from across the timeline. Although I will say not as gory, Artemisia Gentileschi’s Judith Slaying Holofernes inspires me in certain works to paint the truth I wish to show, despite it being unpleasant to look at initially. For one of my pieces last year I made a definitive nod to Dutch Baroque still life paintings and heavily studied those. Mary Cassatt has been an inspiration for quiet moments within her work; although she focuses on motherhood, I resonate with her approach to ordinariness. However modern, I feel that I am most heavily influenced by the surrealism and photorealism movements: Salvador Dalí and René Magritte for the former, Richard Estes and Audrey Flack for the latter.

How does living and working in the South impact your work?
Although I don’t know that its impact is directly visible, I know what’s most affected from my location is the surroundings that I work from. I’ve made a lot of work that begins from inside my home, even from inside my car, and several that come from nighttime street-suburbia. I’ve only lived and worked in two places, both small homes spread out across suburban Tennessee. That is really where most of my “everyday” happens, in and around those towns and those spaces that inevitably conceive my subject matter.

Is there anything new you are working on that you’d like to share with us?
While I am in transition at the moment to a new studio space, I can share with you my most recently completed work, I Woke Up Asleep. While I plan to continue to explore the liminal space between reality and dreams, this 2 x 6 ft. piece served as a sort of culmination of my research on consciousness thus far. It acts as a physical convergence between the real and the surreal, the absurd and the ordinary, and what’s more, the weird space in between.