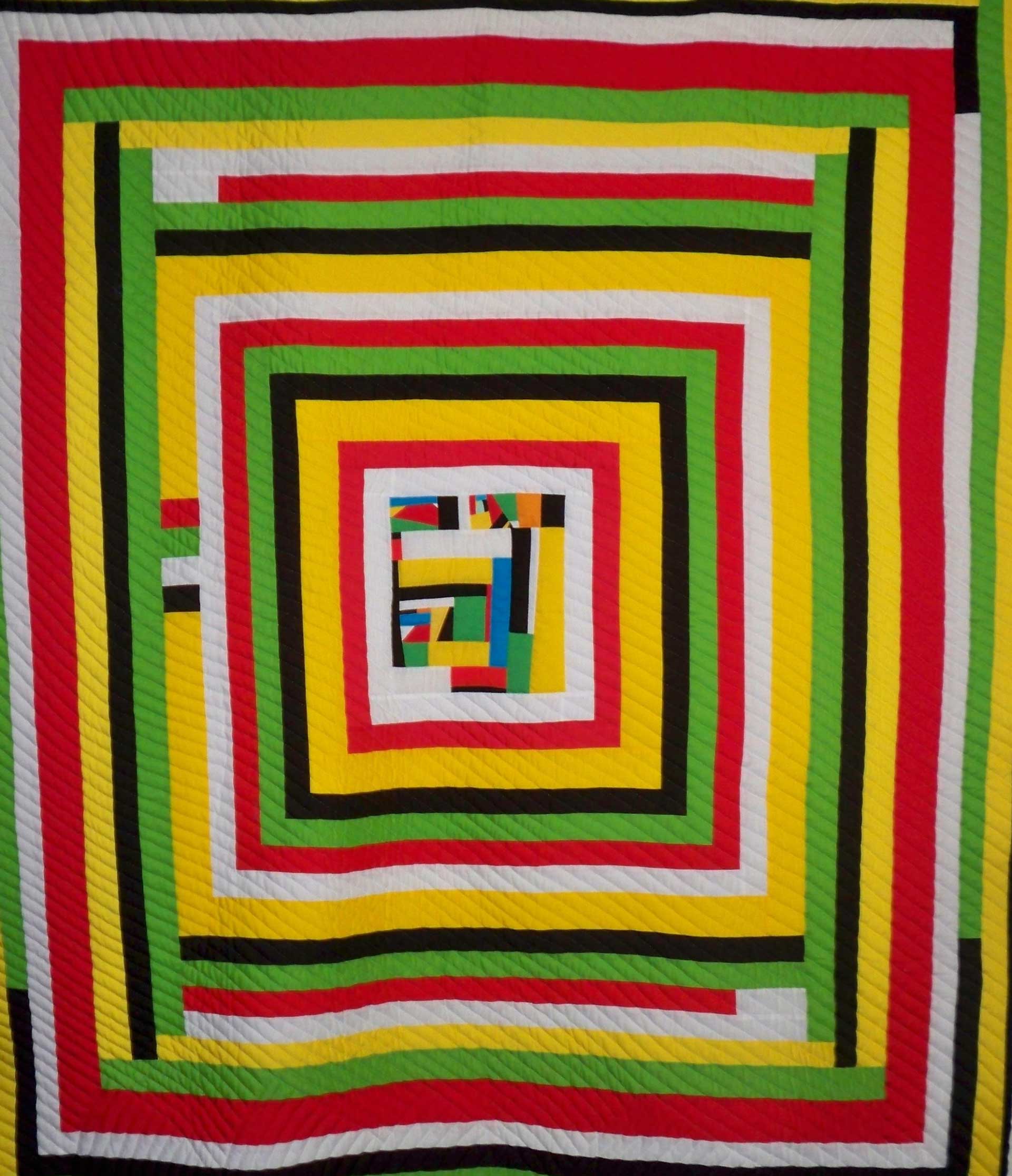 The exhibition of Gee’s Bend quilts explores the intricate artistry from a most unexpected source. Made primarily from recycled materials, the quilts have been coveted nationwide for their bold, improvisational nature.

Gee’s Bend, known today as Boykin, is a rural, predominantly African American community southwest of Selma, Alabama. Located on an isolated peninsula, created by bends in the Alabama River, quilts were created as early as the nineteenth century. The area has its roots in the Gee family, and later the Pettways, who purchased land in Alabama for a cotton plantation in the early nineteenth century. Many of the current residents are descendants of the slaves brought to the plantation that once occupied the site.

What makes this tradition so compelling is the collective nature and aesthetic of the work being produced. Originally made from old work clothes and other recycled materials, the creation of the wildly engaging quilts we have come to know around the world was born of the need for comfort, often stacking up to ten quilts on the bed for warmth. Unlike common quilting practices, which favor uniformity, Gee’s Bend quilts include broken patterns, extreme color contrasts and often times, irregularity in patterns and edges.

It is remarkable the similarity of the quilts to minimalist and geometric paintings from the twentieth century, as the area is so isolated that the quilters had no knowledge of the outside artworld. But it is this aesthetic that is at the heart of the tradition, suggesting a group vernacular understood through childhood development and social bonding.  In addition to their likeness to twentieth century modernism, their creative works also resemble West African textile and have strong connections to gospel, blues, and jazz. Even today, the quilters can often be heard singing while they sew, gospel music playing an integral role in the creative process.

The quilters of Gee’s Bend are widely known for the commanding visual presence of their work which employ unpredictable designs and unexpected color pairings. This exhibition serves as a record of the present activities and examines the ongoing artistic practice of the artists rooted in the Gee’s Bend tradition.

The exhibition opens at Art After Hours at 5:30pm on Thursday, April 16th.  The works will be on display in the Museum’s main gallery from April 17th through June 27th, 2015.