WMA is hosting a unique exhibition this quarter, and there are only a few more days to take it all in.

Echoes: A response to objects in WMA’s permanent collection by the Alabama Women’s Caucus for Art  is the first exhibition in WMA’s history to feature artworks created in response to or inspired by pieces in the museum’s 1,100-object permanent collection. Members of the Alabama Women’s Caucus for Art (ALWCA) met in Dothan earlier this year for a tour of the collection with Dana-Marie Lemmer, WMA’s director and curator, to select pieces and gather information on the artists. Twenty-four members of the group created work for the show, which opened on October 18 and runs through December 29. 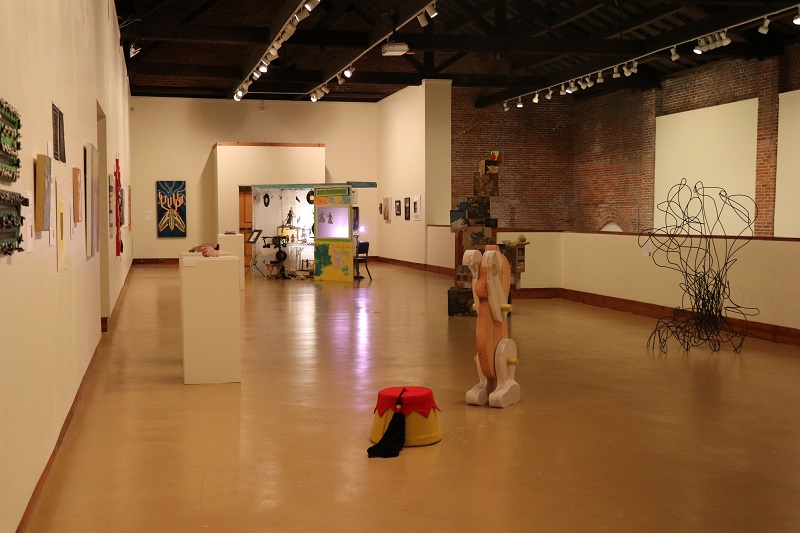 Installation view of “Echoes: A response to objects in WMA’s permanent collection by the Alabama Women’s Caucus for Art” in the Main Gallery

“Our permanent collection is at the core of the work we do at Wiregrass Museum of Art. In addition to our responsibility to care for this work for generations to come, the collection also serves as a basis for our exhibitions and our educational programming,” said Ms. Lemmer.

Caucus member Kimberly Brown described the process of selecting work as a difficult task because of the variety of pieces in WMA’s collection.

“For me, personally, looking through the WMA’s collection was very kid-in-a-candy-store overwhelming. Choosing the works that we presented to the group was a real exercise in restraint. We presented over 150 works to the group to choose from. Thirty of them were chosen,” said Brown. 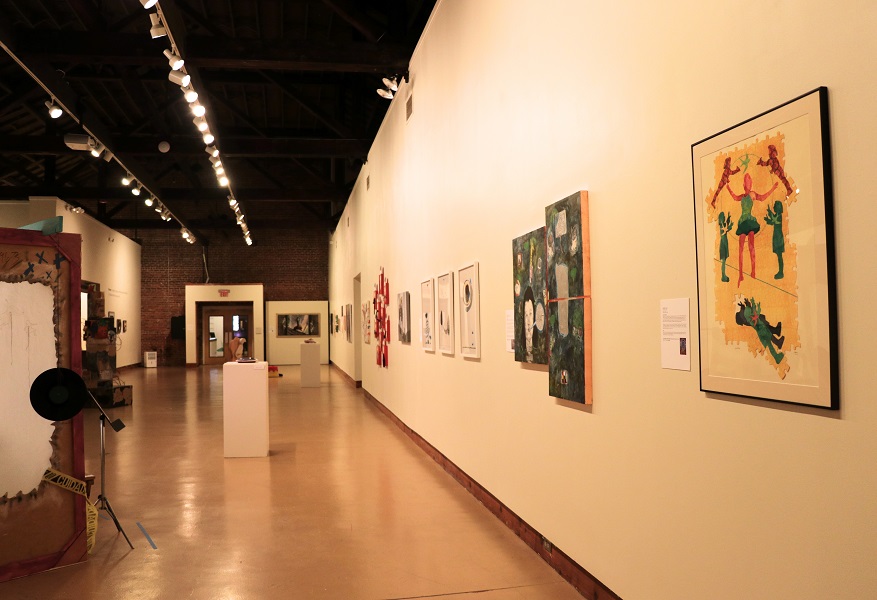 Installation view of “Echoes: A response to objects in WMA’s permanent collection by the Alabama Women’s Caucus for Art” in the Main Gallery

Brown explained that, after viewing the pieces, many of the ALWCA members chose to work in mediums that were not the norm for them. Some members were driven to learn more about the artist whose work they chose and did extensive research on them, while others picked work from artists they had collaborated with in the past — or aspired to do so. 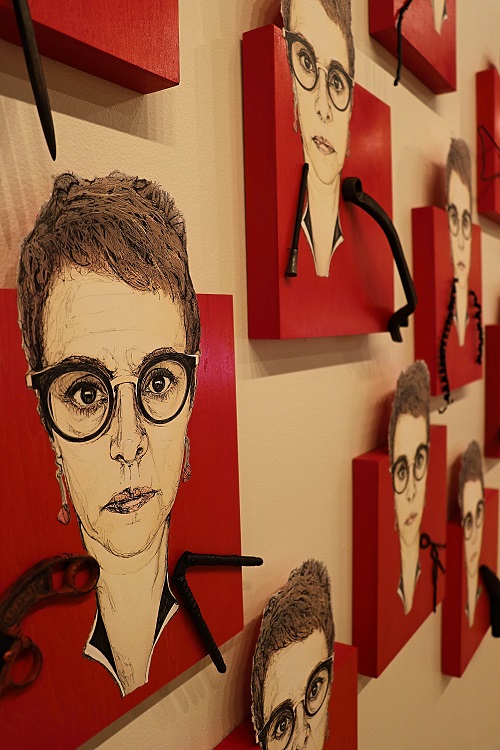 “Many of us responded in the medium that we usually work in, but the interesting thing to me is that the majority of us chose works to respond to that ARE NOT in those familiar mediums: embroidery in response to a screen print, photography in response to a sculpture, sculpture in response to a lithograph, watercolors in response to an oil. It allows us to see our fellow artists’ processes through a new lens as we watch them interpret the works they chose. It also leads each of us to a new viewpoint on these pieces from the Wiregrass,” she said.

One ALWCA member and Echoes exhibiting artist, Cynthia Wagner, also has work in WMA’s collection. Other members had exhibited in previous shows at WMA, including Katie Baldwin and Kathryn Jill Johnson, who had pieces chosen for the last two biennial exhibitions held at the museum.

Visitors to WMA can always see select pieces from the permanent collection on display in the Entrance Galleries, but they might not stop to consider the importance of the collection and why it is maintained. Echoes serves as an engaging reminder of the crucial role the works in the collection play in the everyday activities of the museum. 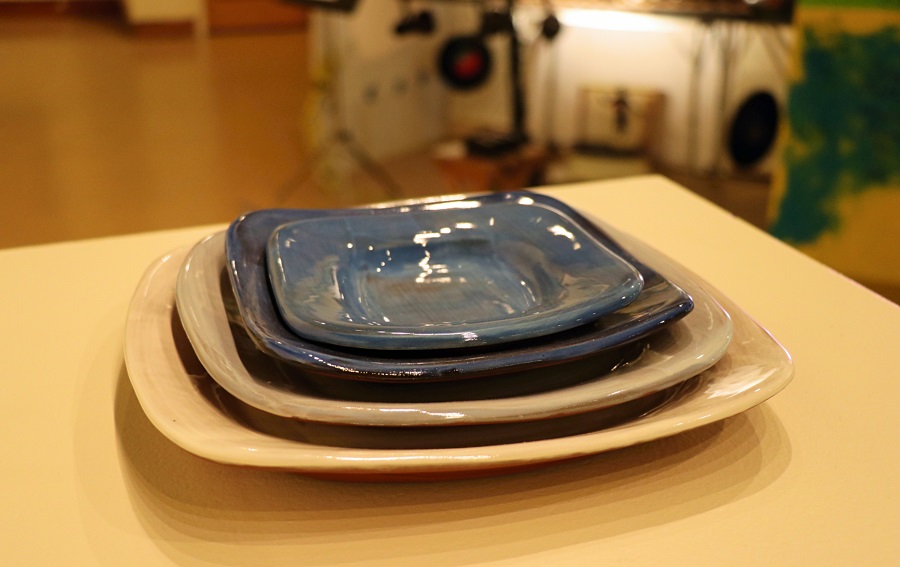 Melody R. Tiemann, A Study in Blue, 2018 Earthenware, slip, glaze, fired to cone one — one of five pieces inspired by Josef Albers’ lithograph, “EKlb,” c.1960s, from Homage to the Square series.

“This is the first time the museum has used the permanent collection as inspiration for the creation of new work. I’m very excited to work with ALWCA and to see the work they have produced in response to our diverse holdings. I hope that people will gain the understanding that art does not have to mean just one thing – it can mean many things to many people – and I hope that visitors will feel inspired to share their own reactions and stories with us as a result of this exhibition,” said Lemmer.

Hurry in to see this inspiring work for yourself. WMA will be open for regular hours through the holidays