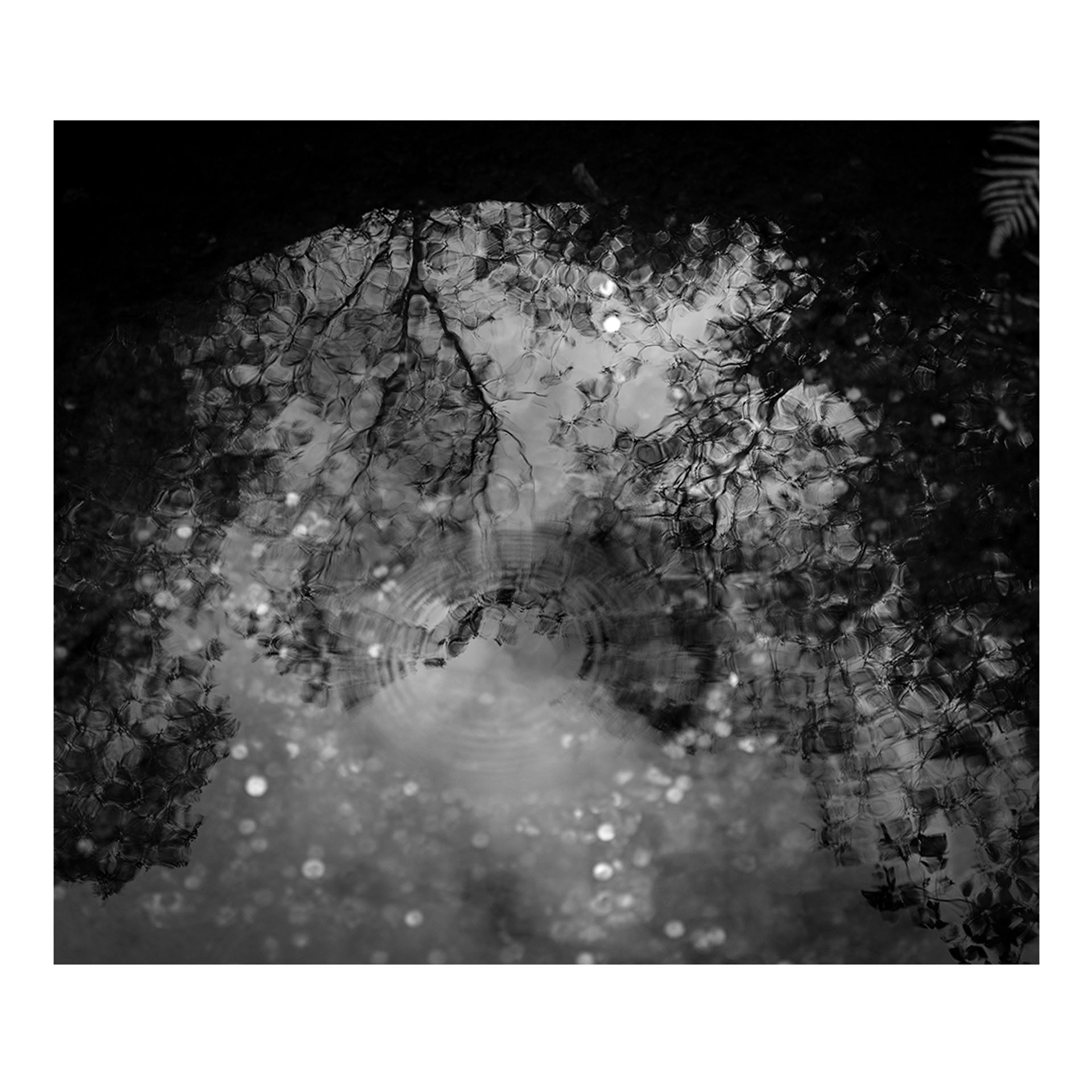 WMA recently announced the launch of an online exhibition, What Has Been Will Be Again, by photographer Jared Ragland. Between 2020–2021 Ragland traveled across more than 15,000 miles and 50 counties in his home state of Alabama to photograph during a critical moment of pandemic and protest, economic uncertainty, and political polarization. The interactive exhibition is available at whathasbeenalabama.com and features 40 photographs and essay by art historian Catherine Wilkins, Ph.D.

Jared Ragland is a fine art and documentary photographer and former White House photo editor. Today, we’re asking him a few questions about the online exhibition, as well as his most recent work. You can find Jared at jaredragland.com and on Instagram @jaredragland.

WMA: Jared, in all your travels for this project, is there a location or site that remains at the forefront of your memory?

Jared: After casting my vote on Election Day 2020, I drove down to Spring Hill, a small community in Barbour County. It was there on November 3, 1874, that a white mob attacked the Spring Hill polling station, destroyed the ballot box, burned the ballots, and killed the election supervisor’s son. Many of those in the mob were known by locals, but no one from the mob was ever convicted of any crimes. However, a Black man named Hilliard Miles was convicted and imprisoned after identifying members of the mob, including future Alabama governor, B.B. Comer. According to the Equal Justice Initiative, 1,200 Black Eufaula residents voted in the 1874 election, but only 10 cast ballots in 1876.

While in Spring Hill I found leftover Halloween decorations placed by a local white family depicting a woman hanged by a noose. The effigy was bound in chains and had a mop for hair, spray-painted black. I also visited the historic Spring Hill Methodist Church, where in the late 19th century a row of cedar trees was planted in the church cemetery to commemorate unknown Confederate dead. Just down the street from the church I met Michael Farmer, 57, a Black man whose family has lived in Spring Hill for generations. When I asked what he hoped might come from the historic 2020 election, Mr. Farmer said, “I hope the young folks might think about what their ancestors came through to get where we are.”

Mr. Farmer recognized how the past bears upon the present, which is precisely what I hope to convey through What Has Been Will Be Again. The image I made of him has become one of the most important pictures of the project––both because of its implicit symbolism and dramatic use of light and shadow, and for how it embodies the project and its aims.

WMA: Your image captions and writing hold a great deal of detail about the sites you visited, and the people groups and historical events that existed and transpired there. Were there any readings or texts that you especially relied on to guide you through these colonial routes?

Jared: I’m glad you asked about books. Throughout the project I have discovered so much on the road and in the landscape, but the reading I’ve done along the way has provided deep contexts and diverse perspectives that have profoundly reshaped how I understand Alabama.

There are so many great titles to list, but I am particularly indebted to the research of Wayne Flint and the editors of Alabama: The History of a Deep South State, along with Harvey H. Jackson III’s Inside Alabama: A Personal History of My State, for providing thoughtful, detailed histories. The Old Federal Road in Alabama: An Illustrated Guide was also indispensable in helping me navigate and contextualize sites along the Old Federal Road.

Fellow Birminghamian Imani Perry’s recently published travelogue, South to America, has been inspirational and revelatory, as has the profound, yet oft-overlooked memoir of Nate Shaw, All God’s Dangers. Mobile journalist Ben Raines’ The Last Slave Ship is a wrenching read, and while driving across the Black Belt I re-listened to the award-winning podcast, White Lies, by Alabama’s own Chip Brantley and Andrew Grace.

Beyond Alabama-focused texts, books by Wendell Berry (The World-Ending Fire), Scott Matthews (Capturing the South), and Daegan Miller (This Radical Land) have provided important philosophical frameworks from which to think about both the project and my role as a photographer.

WMA: What Has Been Will Be Again speaks to a tenuous present. What would you say to fellow photographers working to document our day – and to those newly emerging in the field?

We live in a moment in which we have struggled through a pandemic, witnessed an insurrection and attempted coup, and faced a racial reckoning not experienced since the civil rights movement. I think it can be tempting for artists to feel like certain stories aren’t ours to tell or that we can’t make a significant impact––especially in light of the big, deeply rooted, systemic issues we currently face. But, “this is precisely the time when artists go to work,” Toni Morrison says. “There is no time for despair, no place for self-pity, no need for silence, no room for fear. We speak, we write, we do language. That is how civilizations heal.”

WMA: You’re currently the 2022 Columbus State University Artist-in-Residence, not too far from the Wiregrass region. Can you tell us a little bit about what you’re working on?

Jared: Through Spring of 2022 I have continued work on What Has Been Will Be Again. With support from both CSU and an Aftermath Project grant, I have followed branches of the Trail of Tears across north Alabama; visited the site of the Clotilda (the last ship known to bring enslaved people into the US); and made it to several counties I had not yet previously visited, so I have now photographed in each of Alabama’s 67 counties.

While I continue to photograph and research, I have had the opportunity to begin sharing the work through the WMA’s online exhibition and in a solo exhibition at The Do Good Fund Gallery in Columbus, Ga. Shows at the Montgomery Museum of Fine Arts and Auburn University at Montgomery will open this summer and fall, and an image from What Has Been Will Be Again will be included in the B22: Wiregrass Biennial exhibition opening July 22 at the WMA.

WMA: Jared, thank you for bringing this project to wide audiences online, especially for those who live in your home state of Alabama.

Jared: Thank you. WMA’s meaningful commitment to, and impactful support of, artists from across Alabama is a tremendous gift to our state, and I am deeply grateful for the museum’s efforts to help me realize and share What Has Been Will Be Again.

What Has Been Will Be Again is made through a 2020-2021 Do Good Fund artist residency, with additional support from the Magnum Foundation, Coleman Center for the Arts, the Aftermath Project, and Columbus State University.

The Wiregrass Museum of Art’s online exhibition of What Has Been Will Be Again was made possible by the Alabama State Council on the Arts and the National Endowment for the Arts and developed by Push.Crank.Press.

The area now known as Old Cahawba was first occupied by large populations of Paleoindians; then from 1000-1500 CE the Mississippian period brought agriculture and mound builders. Spanish conquistadors were welcomed to a walled city with palisades, yet the Afro-Eurasian diseases the explorers brought with them killed thousands of Indigenous people in the 16th and 17th centuries. The remaining native peoples were killed or forced to move by an even greater influx of Europeans. By the early nineteenth century, the dirt from the ancient mounds at Cahawba was used to build railroad beds, and the town briefly served as the state capital of Alabama. At the time it was dug in the 1850s, the Perine Well, at seven hundred to nine hundred feet deep, was the second-largest known well in the world, feeding cool water through a system of pipes to “air condition” a twenty-six-room brick mansion. Cahawba became a ghost town shortly after the Civil War, largely due to recurring floods. By the late 1800s, the town site was purchased for $500 and its buildings demolished.