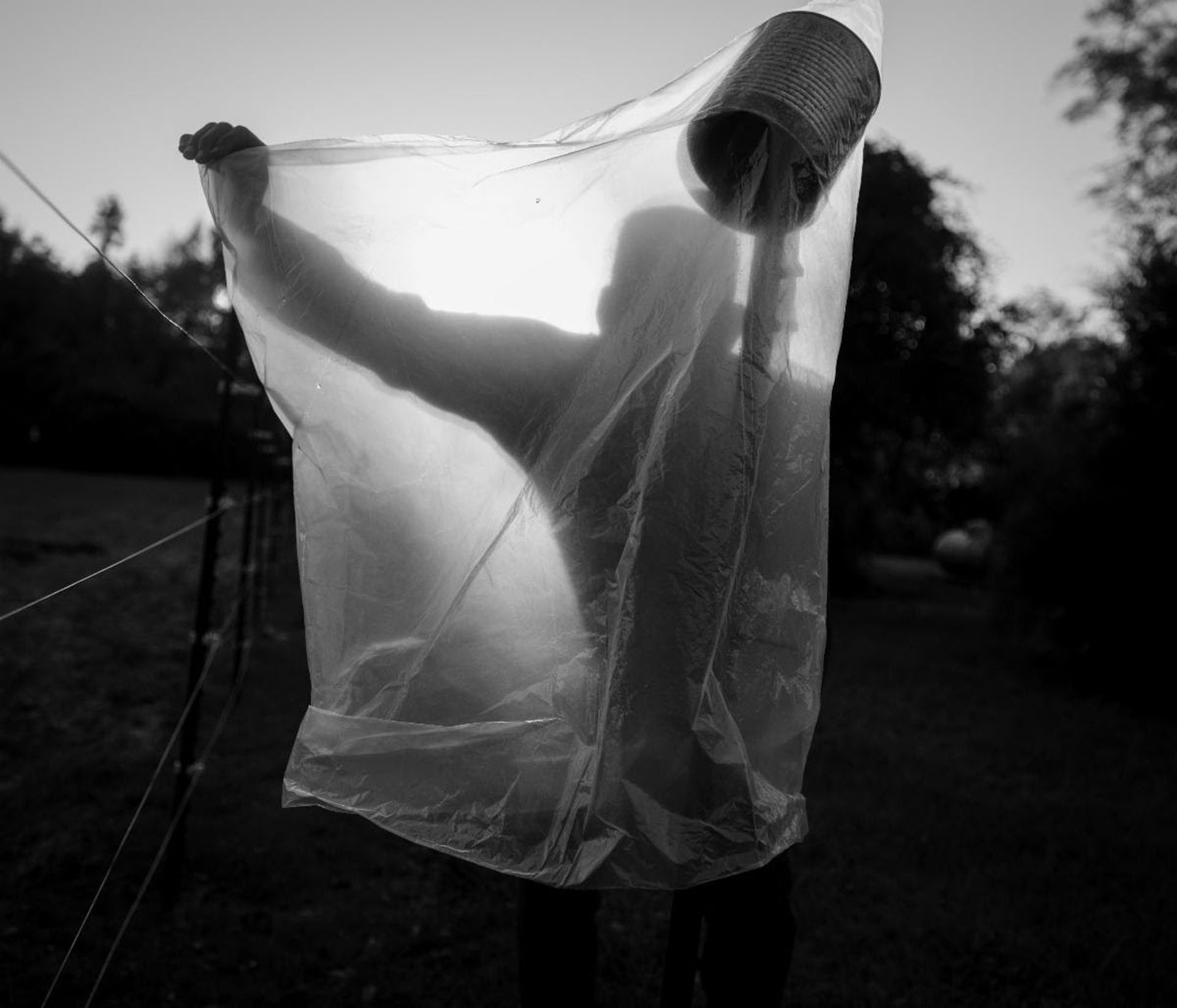 WMA announces the launch of What Has Been Will Be Again, an Online Exhibition by Photographer Jared Ragland

The Wiregrass Museum of Art announces the launch of an online exhibition, What Has Been Will Be Again, by photographer Jared Ragland. Between 2020–2021 Ragland traveled across more than 15,000 miles and 50 counties in his home state of Alabama to photograph during a critical moment of pandemic and protest, economic uncertainty, and political polarization. The interactive exhibition is available at whathasbeenalabama.com and features 40 photographs and essay by art historian Catherine Wilkins, Ph.D.

What Has Been Will Be Again traces historical colonial routes including the Old Federal Road and Hernando de Soto’s 1540 expedition, bearing witness to generational racial, ecological, and economic injustice, and tying together events in Alabama’s centuries-long past with present-day issues.

“At the current moment in American life, the act of remembering is political, and has great power,” Ragland says, “and in many ways the act of making these pictures is a means of challenging my own cultural memory, of pushing back against the white supremacist myths of American exceptionalism, and of reckoning a haunting yet tender look at my home state’s troublesome past and tenuous present.”

“As the viewer travels alongside the photographer, moving through his weeks on the road and simultaneously through deep time, a creeping realization sets in––that these subjects and spaces have been deliberately left to their own devices, to deteriorate or decay,” Dr. Wilkins writes. “Their isolation seems less accidental or temporal, and more a product of decades of willful neglect by a mainstream America only now starting to visualize what––and who––has been pushed out of our collective frame of vision. What Has Been Will Be Again reveals connections across space, place, people, and time and insists that it is impossible to view our contemporary period outside of history.”

What Has Been Will Be Again is made through a 2020-2021 Do Good Fund artist residency, with additional support from the Magnum Foundation, Coleman Center for the Arts, the Aftermath Project, and Columbus State University.

The Wiregrass Museum of Art’s online exhibition of What Has Been Will Be Again was made possible by the Alabama State Council on the Arts and the National Endowment for the Arts and developed by Push.Crank.Press.

Jared Ragland is a fine art and documentary photographer and former White House photo editor. His visual practice critically confronts issues of identity, marginalization, and history of place through social science, literary, and historical research methodologies. Ragland is the photo editor of National Geographic Books’ The President’s Photographer: Fifty Years Inside the Oval Office and has worked on assignment for NGOs in the Balkans, the former Soviet Bloc, East Africa, and Haiti. His work has been exhibited internationally and his photographs have been featured by The New Yorker, New York Times, The Washington Post, TIME, and The Oxford American, while his visual ethnographic research has been published in more than a dozen social science textbooks and high-impact academic journals. Ragland is a 2022 Columbus State University Visiting Artist-in-Residence and serves as Assistant Professor of Photography at Utah State University. 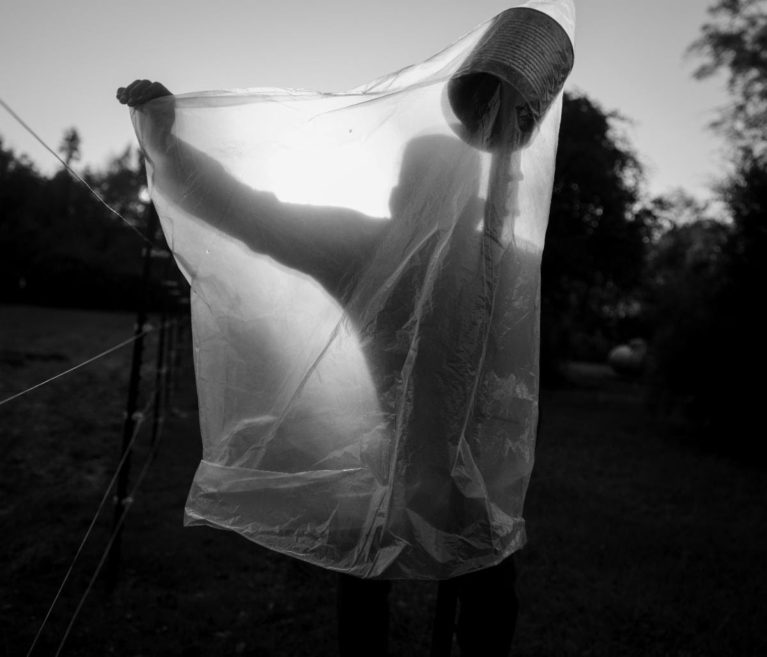 Michael Farmer’s family has lived in Spring Hill for generations, where the predominantly Black community has faced a history of racial violence and voter disenfranchisement. On November 3, 1874 a white mob attacked the Spring Hill polling station, destroying the ballot box, burning the ballots, and murdering the election supervisor’s son. Farmer is a lifelong Democrat and military veteran who served two tours overseas in Operation Desert Storm and Operation Iraqi Freedom. When asked what he hoped might come from the 2020 presidential election, Farmer said, “I hope the young folks might think about what their ancestors came through to get where we are.” 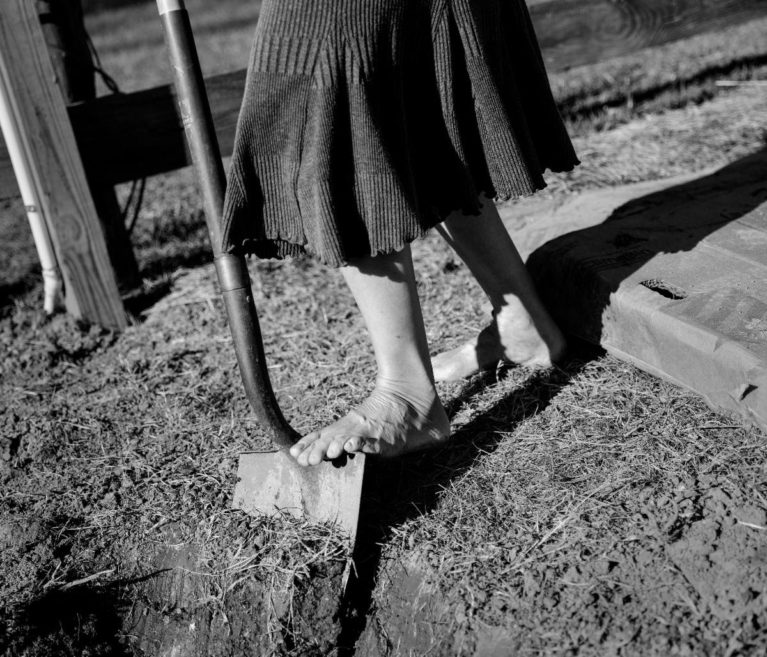 As a response to national division and the COVID-19 outbreak, Sunshine and her husband Rusty bought a home in downtown Childersburg and created The Commons Community Workshop. Through their Fearless Communities Initiative they have built a community garden in a donated downtown lot, host trade days, and foster relationships with their neighbors as a means of “celebrating solidarity and strength.” The couple invited me to find them on Facebook where Sunshine posts Initiative announcements, vocalizes her opposition to vaccines, and shares her beliefs about global child sex trafficking networks, the threat of Marxism, and the coming of the end times.

The area now known as Old Cahawba was first occupied by large populations of Paleoindians; then from 1000-1500 CE the Mississippian period brought agriculture and mound builders. Spanish conquistadors were welcomed to a walled city with palisades, yet the Afro-Eurasian diseases the explorers brought with them killed thousands of Indigenous people in the 16th and 17th centuries. The remaining native peoples were killed or forced to move by an even greater influx of Europeans. By the early nineteenth century, the dirt from the ancient mounds at Cahawba was used to build railroad beds, and the town briefly served as the state capital of Alabama. At the time it was dug in the 1850s, the Perine Well, at seven hundred to nine hundred feet deep, was the second-largest known well in the world, feeding cool water through a system of pipes to “air condition” a twenty-six-room brick mansion. Cahawba became a ghost town shortly after the Civil War, largely due to recurring floods. By the late 1800s, the town site was purchased for $500 and its buildings demolished.