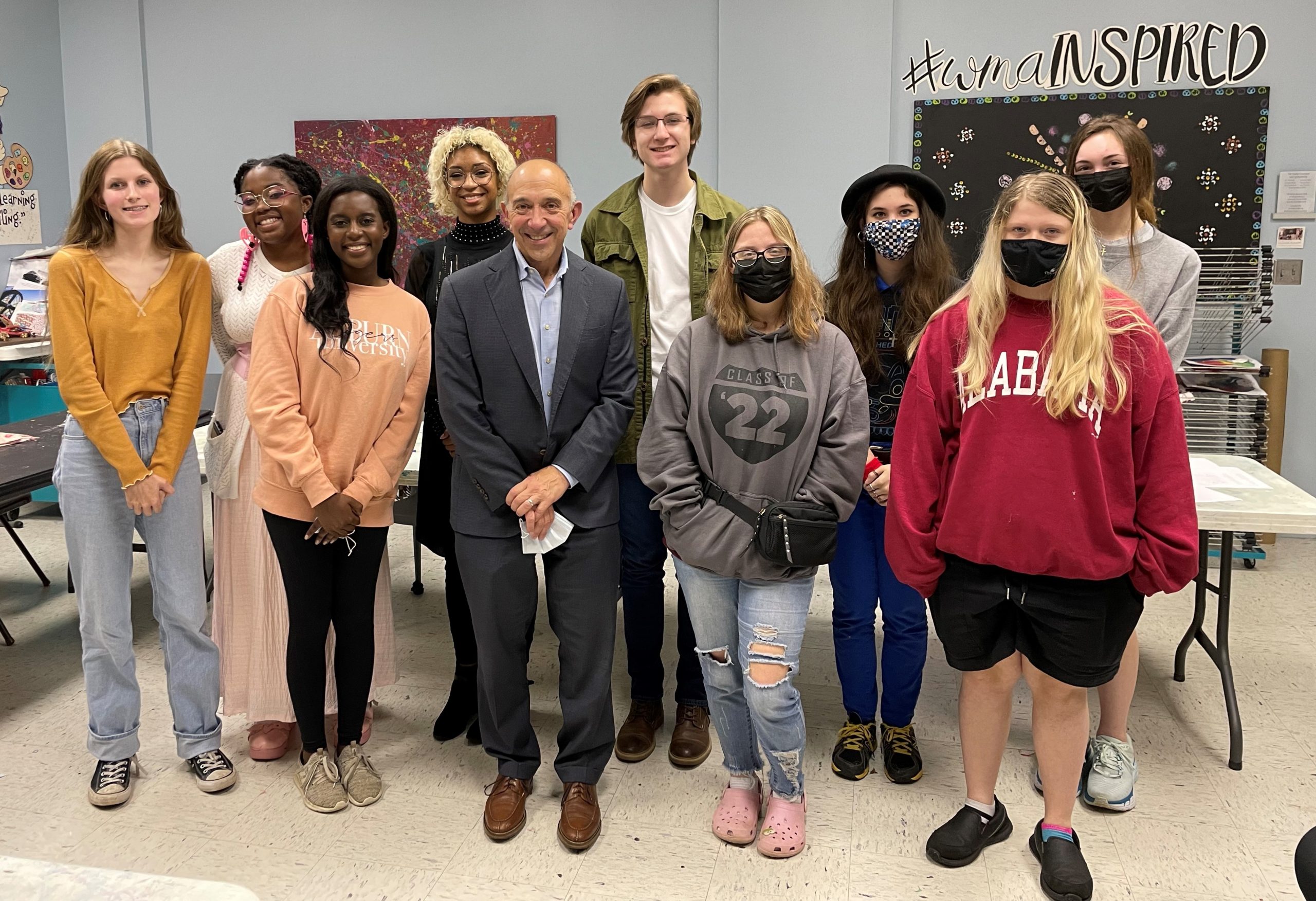 WMA Teens, a new museum initiative for high school juniors and seniors, began their work this semester to create programs and events for teens, by teens for the current school year. Their bi-weekly afternoon meetings create a space for the group of 12 to plan, learn new skills, interact with guest speakers and teachers, share art, and work collaboratively on projects.

So far, WMA Teens plan to launch two major projects in 2022, one involving making art supplies more accessible to the community, and another event at the museum in April just for teens to attend. Both projects will be announced shortly through WMA!

The diverse group shares a common interest in visual art, and they have started a tradition in which they each take turns filling a page in a sketchbook between meetings. Art-centered activities like this one allow the students to share their individual talents and skills, while adding to a collective art project.

On December 9th, the group met with Dothan’s mayor, Mark Saliba, to share their thoughts, concerns, and hopes for their generation, and communicated their needs. “The group passionately and eloquently discussed issues they are grappling with on a daily basis, including the lack of art education in area schools as well as the lack of mental health resources. They also expressed their desire for individuality to be respected and celebrated. It was a productive exchange of ideas and, in the end, I believe the group felt that they had been seen and heard,” said Brook McGinnis, WMA’s education director.

“I really felt seen and heard throughout the duration of the entire meeting. I can tell that not only the mayor, but everyone else in attendance was keyed in to the conversation, even those who weren’t speaking. I tried to hit as many points as I felt needed attention brought to them, but there’s always room for improvement in such a large community of people,” said Mylah Scott, WMA Teens participant.

WMA Teens is supported by a grant from the Alabama State Council on the Arts and the National Endowment for the Arts.