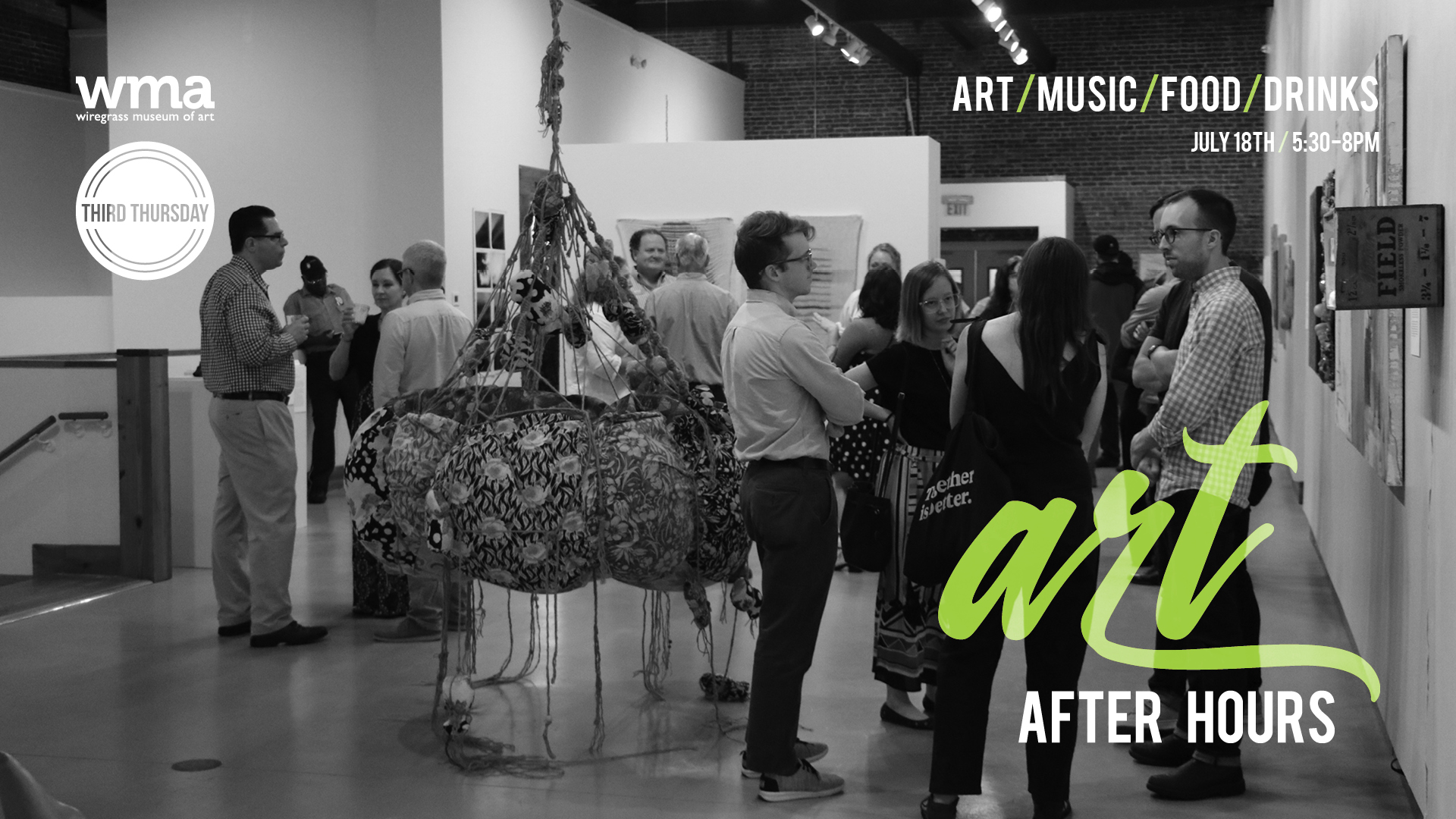 DOTHAN, Alabama – July 18, 2019 – The Wiregrass Museum of Art (WMA) is pleased to announce the opening of its summer exhibitions, “As Long as the Waters Flow: Native Americans in the South and East,” featuring photographs of Native American communities by Carolyn DeMeritt; “Sight Lines,” a multi-media installation by artists Katie Hargrave and Meredith Lynn; and “In Flux,” featuring ceramic sculptures by Jessica Smith, on the evening of Thursday, July 18 at Art After Hours from 5:30 – 8 p.m. 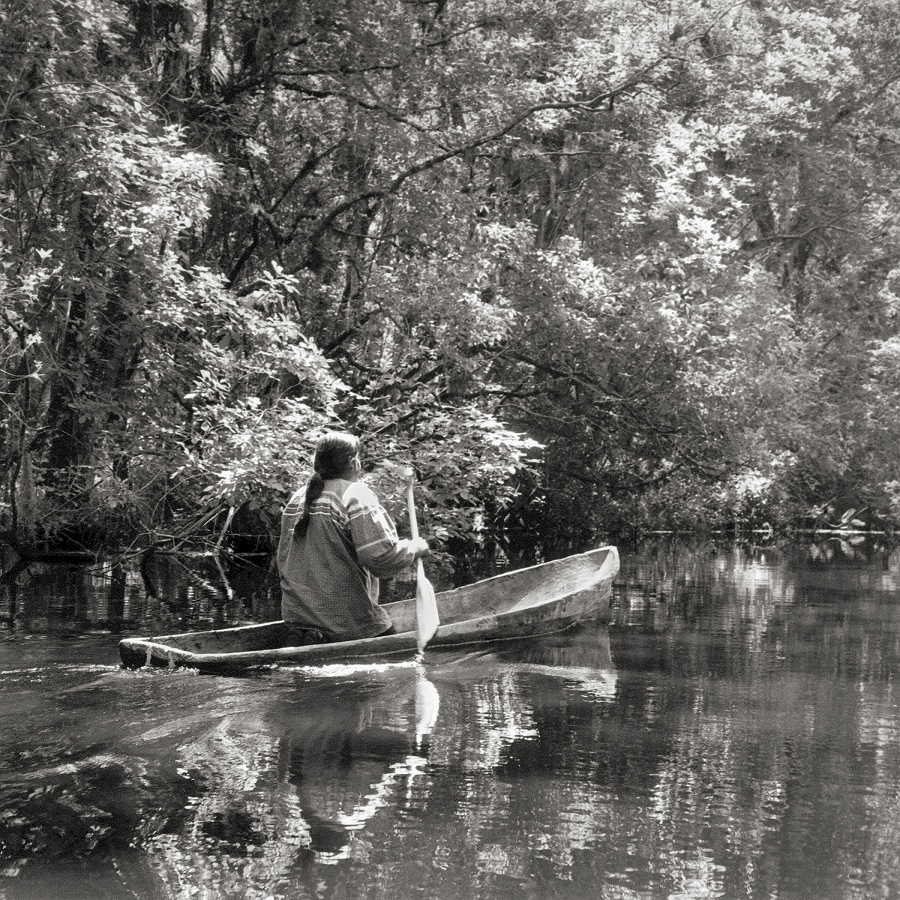 Carolyn DeMeritt is an established, self-taught photographer who has shown extensively across the United States. A native of Charlotte, North Carolina, DeMeritt’s work focuses on personal connections and an intimacy with her subjects. WMA will exhibit 44 photographs from her series, “As Long as the Waters Flow: Native Americans in the South and East,” which includes portraits from 33 Native American communities
from Maine to Florida and the Great Lakes to Louisiana. The series of photographs documents the conditions of Native American communities and tribes at the end of the 20th century and serves to honor tribal members and their tribal identities.

“This series began when I was invited by writer Frye Gaillard to take portraits of people he planned to interview for what became our book, ‘As Long as the Waters Flow: Native Americans in the South and East.’ I jumped at the opportunity, knowing I would meet interesting people with powerful stories and truths to share. This was the most amazing, educational, heart warming/heart breaking, but ultimately, the most uplifting project I’ve ever been part of,” said Carolyn DeMeritt.

“At that time, I had only had very few personal connections with members of the Native American communities we worked with, beyond fond childhood memories of a Lumbee man who rented a room in my great-grandmother’s home and a Cherokee woman my family was friends with,” said DeMeritt.

“Later, a Catawba man was one of my star students in a photography class I taught at Winthrop University in South Carolina and was very helpful introducing us to other members of the Catawba Nation,” said DeMeritt.

When asked if she and Gaillard intended to pay follow-up visits to the communities they interviewed and photographed in the 1990s, DeMeritt said they had discussed it but had made no concrete plans to do so.

“The Native people we worked with trusted us with their stories and I’m so happy this work is still finding an audience,” said DeMeritt. 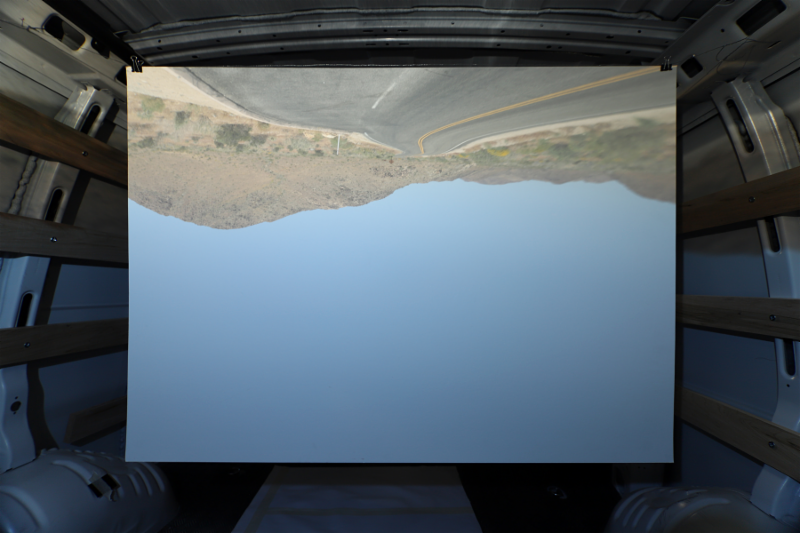 In “Sight Lines,” artists Katie Hargrave and Meredith Lynn explore the myriad ways people interact with nature — through camera lenses, vehicles, camping gear, and other modern comforts — and how these tools facilitate, manipulate, and mediate their relationship to the natural world.

For two years, Hargrave and Lynn have traveled and explored state and national parks around the United States, including a recent trip to California’s Joshua Tree National Park, where they spent the night in an Airstream travel trailer and turned it and a U-Haul van into a giant camera obscura to capture images of the landscape. Photographs and video projections included in the multi-media installation at WMA were captured in Florida and California, the country’s two most-visited states.

The ubiquitous phrase, “Objects are closer than they appear,” frames the landscape as it recedes in the side-view mirror. Reflections can never quite be trusted, light bends, glass magnifies, aluminum siding becomes a fun-house mirror. Using video, photography, and site-specific installation, Katie Hargrave and Meredith Lynn capture the strangeness of how the landscape is changed.

Hargrave and Lynn met at the University of Iowa, where they both earned MFAs. This body of work began when they attended the Signal Fire artist residency in 2017, and since, they have been collaborating on work that explores the American experience of the landscape. Hargrave is an artist and professor based in Chattanooga, Tennessee, and Lynn is an artist and curator based in Tallahassee, Florida. 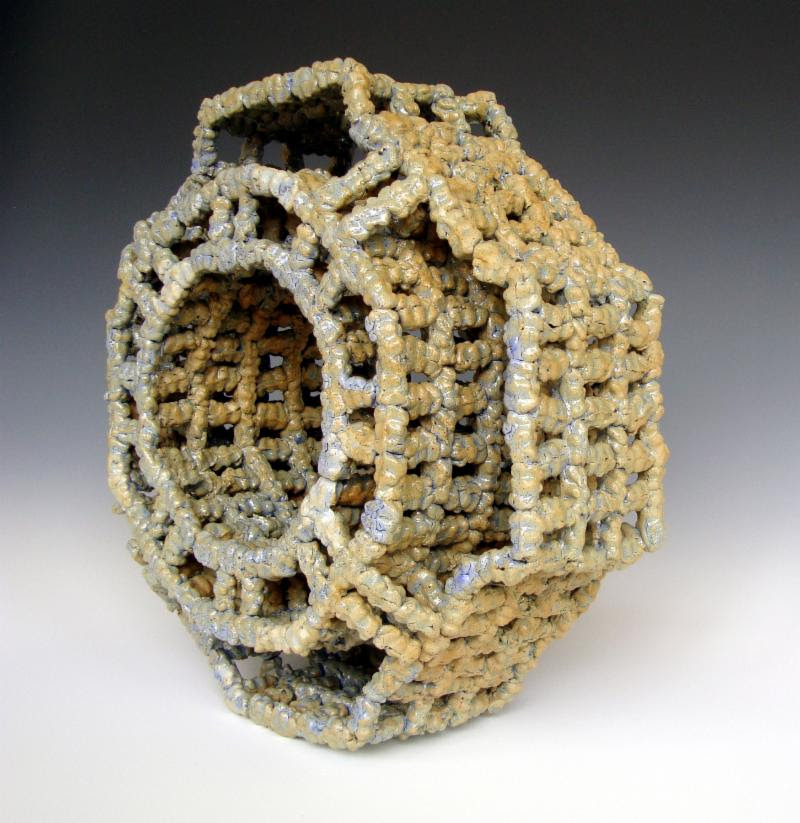 Jessica Smith is a visual artist who lives and works in western Alabama. She has taught at the University of West Alabama for 14 years and currently serves as an associate professor of art. Her WMA exhibition, “In Flux,” is composed of 33 ceramic sculptures that explore systems of mold-making and mass production, while recognizing the individual characteristics and slight fluctuations of each piece.

“Each sculpture is comprised of many clay ‘gummy bears’ that are assembled into a tessellating composite. …Ultimately, there is an erosion of the original mold because a mold breaks down the more it is used,” said Jessica Smith.

“These sculptural forms speak toward obsessive compulsion and the comfort of smallness. Movement, chance, and rhythm are concerns explored during the fabrication state. Ceramics is a material that effectively captures and responds to an environment,” said Smith.

Smith grew up in the Chicago area, completed a B.F.A. at the New York State College of Ceramics, and received her M.F.A. from Tulane University in New Orleans

After opening on the evening of July 18, “As Long as the Waters Flow: Native Americans in the South and East,” and  “Sight Lines,” will run from July 19 through September 28. “In Flux” will remain on display through the end of the year.

All three exhibitions have been made possible by grants from the Alabama State Council on the Arts and the National Endowment for the Arts.

About Art After Hours

Art After Hours is held quarterly at the Wiregrass Museum of Art as part of the museum’s Third Thursday schedule. The summer event will take place on Thursday, July 20, beginning at 5:30 p.m. Light snacks will be served and drinks will be available for purchase.

Admission is free for members and $5 for non-members. Memberships to the Wiregrass Museum of Art can be purchased online at WMA’s website and in person at the museum, including half-price yearly memberships, which are available at the door during all Third Thursday events at WMA.

About the Wiregrass Museum of Art

The Wiregrass Museum of Art inspires a lifelong appreciation for the visual arts by providing innovative educational programs that engage diverse audiences through the collection and exhibition of quality works. Since its founding in 1988, WMA has offered educational programs, nationally acclaimed art exhibitions, and community events throughout the year. Its Board of Trustees guides the long-term vision and strategic goals, while its membership, City and County support, and grant funding provide the resources needed to fulfill its mission.

WMA’s galleries are open to the public every Wednesday through Friday from 10 a.m. until 5 p.m. and Saturdays from 10 a.m. until 3 p.m. General admission is always free. Private tours with guided art activities in the studio can be arranged by appointment on Mondays and Tuesdays. For tour information, visit wiregrassmuseum.org/museum-tours.