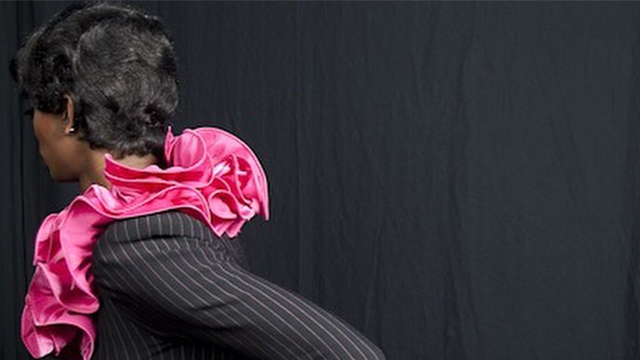 There is an intricate social network that operates at the pageant and unlike the system that appears in white clubs, this system is colored by the racial history and culture of the Deep South mirroring the church community that has long been a haven for blacks in the area. The system provides an environment and support system for young men who may not have another place in the rigid society of the south and participants come from all over the region.

Sonja Rieger has exhibited widely at regional and national venues, most recently at Carmen Wiednhoeft Gallery in Denver, Colorado; the Contemporary Art Center in New Orleans, Louisiana; the Southeastern Center for Contemporary Art in Winston Salem, North Carolina; the Ogden Museum in New Orleans, Louisiana; and the National Museum for Women in the Arts in Washington, D.C. Her work is in the collections of the International Polaroid Corporation, the Ogden Museum of Southern Art, the Birmingham Museum of Art, the Huntsville Museum of Art, and other corporate and private collections.

Recipient of two Individual Artist Grants from the Alabama State Council on the Arts, Rieger has also received grants for projects from the Polaroid Corporation, the Southern Arts Federation, and the National Endowment for the Arts. Sonja Rieger received her MFA from Rutgers University, her BA from the University of Massachusetts, Amherst and became a Professor at the University of Alabama at Birmingham in 1979.