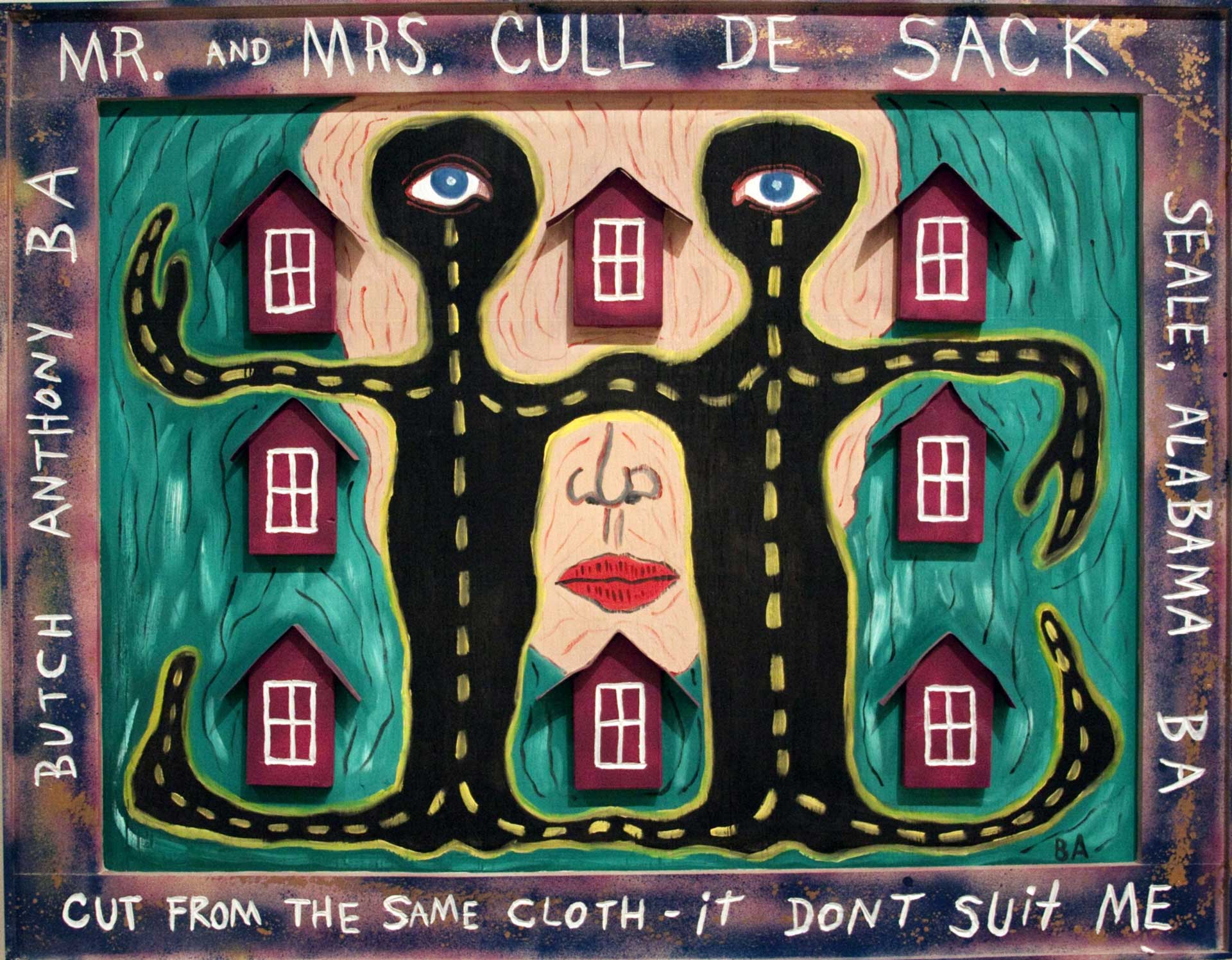 Self Taught: Folk Art from the Permanent Collection

The Wiregrass Museum of Art will showcase work from its permanent collection by American folk artists in an exhibition titled Self-Taught. Often characterized as “self-taught”, folk artists rarely have formal training and often use found objects and materials in their works. Folk artists will paint from memories and personal experiences, depicting the world around them. Artists represented in this exhibition are Woodie Long, Jimmy Lee Sudduth, Mose “T” Tolliver, William Dawson and Bishop “Butch” Anthony, II.

Having all started life with modest means, each artist in this exhibition went on to experience success in the art world, having exhibited in some of the largest museums in the world. Jimmy Lee Sudduth is most known for his works on plywood in which he uses a homemade mixture of mud and pigment. As his artistic reputation as a folk artist grew, he was offered gallery shows in large cities, which mesmerized him with their skyscrapers and traffic. These “big city” scenes can be seen in some of Sudduth’s later work.

Like most folk artists, Mose Tolliver drew from his personal experiences for his subject matter. He often depicted whimsical images of people he knew, as well as animals and flowers. He also painted a number of self-portraits in which he was shown with crutches. Although he primarily used found plywood, Tolliver would paint on any surface he could find, in which he used common house paint to depict his images. Often only using two or three colors for one work, his compositions showed humorous sophistication.

From Seale, Alabama, “Butch” Anthony’s interest in painting did not surface until the winter of 1994 when he began painting pictures of people who live in the countryside around him. In his work Anthony uses found objects and often explores questions of identity. He is the founder and host of the annual Doo Nanny Festival.

Although he took some adult education classes in sculpture, William Dawson’s work exhibited an inner compulsion and an imaginative quality unlike that of an artist with formal training. He was a “man in the city, with rural roots” and his compositions often depicted references to the Bible, folk tales, animals, and even television characters. He is best known for his sculptural work, in particular his totem figures.

Self Taught will be on display in the Blumberg Gallery from May 6 to June 27.